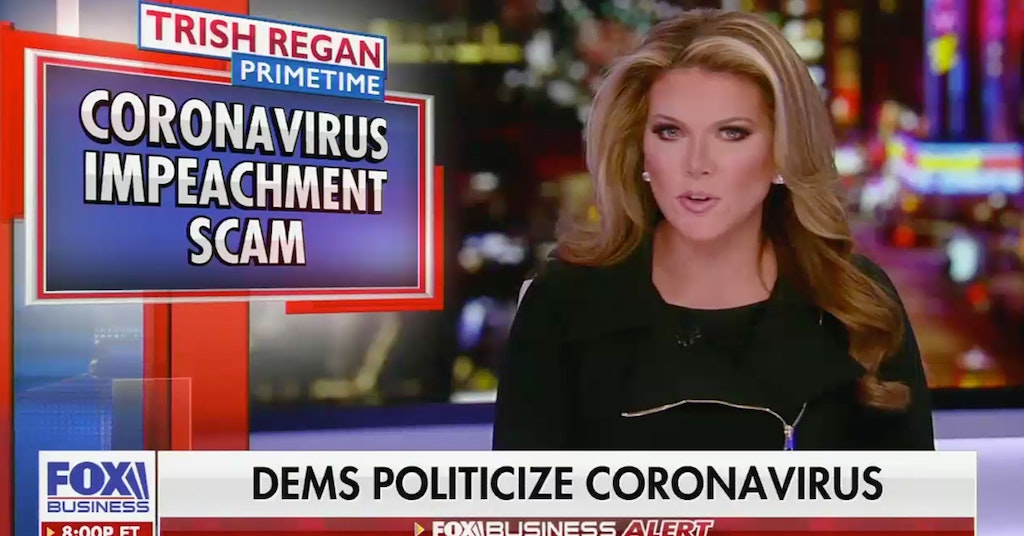 Recent events have suggested that Fox News is finally starting to worry they may face some consequences what many consider a long history of spewing misinformation so as to maintain a severely conservative slant. The network recently fired host Trish Regan after she touted the idea that the coronavirus outbreak was a hoax, a decision that went hand in hand with reports that the company was worried their weeks of downplaying the pandemic could open them up to lawsuits.

Now, journalism professors are using this momentum to apply pressure on Fox to commit to reporting on coronavirus in an accurate and informed manner — something that should never have to be forced upon a popular “news” outlet, but apparently we actually live in hell.

In an open letter to Fox Chairman Rupert Murdoch and CEO Lachlan Murdoch, 74 professors accused the network of subjecting viewers, including the president, to “misinformation,” and called for them to fall back on scientific facts moving forward.

“As the virus spread across the world, Fox News hosts and guests minimized the dangers, accusing Democrats and the media of inflating the dangers (in Sean Hannity’s words) to ‘bludgeon Trump with this new hoax,’” the letter reads. “Such commentary encouraged President Trump to trivialize the threat and helped obstruct national, state, and local efforts to limit the coronavirus.”

The letter also points out that the average age of Fox News viewers is 65, which puts these viewers in the group of people who are most likely to be at risk of developing a serious and potentially life-threatening case of COVID-19.

And yet viewers who look to Fox News as their primary source of information are “much less likely than others to say they are worried about the coronavirus,” the letter says, going on to cite a poll that revealed 79% of these viewers believe the media has exaggerated the threat posed by the novel coronavirus.

While acknowledging that Fox News has recently finally allowed for some experts in medicine and public health to have airtime, the letter also calls out the network for failing to “clearly distinguish between the authority that should accrue to trained experts…and the authority viewers grant to pundits and politicians for reasons of ideological loyalty.”

“When the statements of knowledgeable experts are surrounded by false claims made by pundits and politicians, including President Trump — claims that are not rebutted by knowledgeable people in real-time — the overall effect is to mislead a vulnerable public about risks and harms.”

As a copy of the letter circulated online, others joined in to condemn Fox News and the impact they’ve had on a vulnerable older population.

Fox News has pivoted and finally begun to take the coronavirus crisis more seriously — if only in an attempt to avoid lawsuits — but many fear it is too little, too late after the weeks they spent doing exactly the opposite.