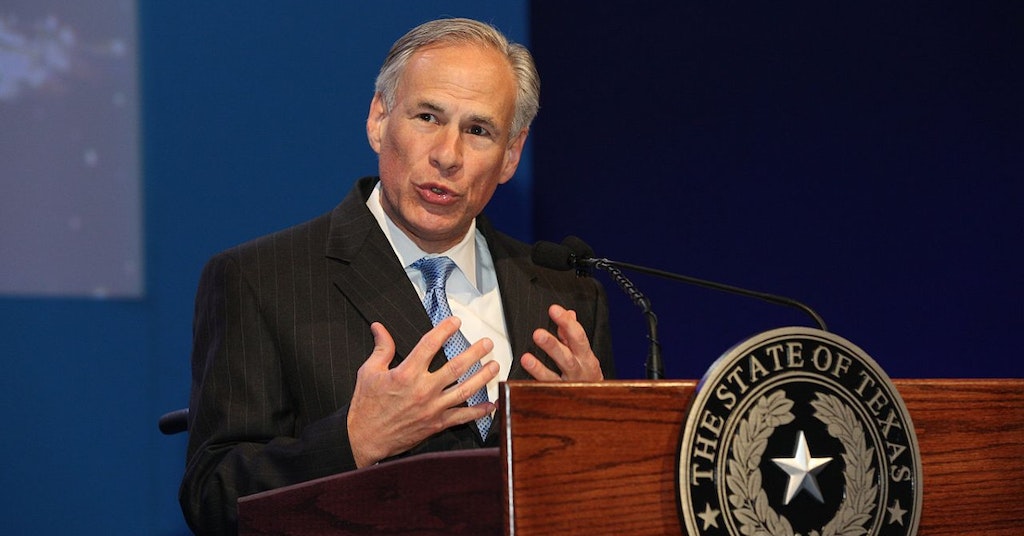 People in and out of Texas are not happy with Governor Greg Abbott after he vetoed a bill prohibiting tying up dogs with heavy chains and expanding general animal cruelty protections in spite of its wide bipartisan support. As a result, the hashtag #AbbottHatesDogs began trending on Twitter as Americans asked what possible reason the Republican governor could have for blocking the bill, which had the support of animal control officers and law enforcement as well as animal welfare groups.

According to Abbott, he apparently thinks there are simply enough laws already, unless it comes to something like abortion.

“Senate Bill 474 would compel every dog owner, on pain of criminal penalties, to monitor things like the tailoring of the dog’s collar, the time the dog spends in the bed of a truck, and the ratio of tether-to-dog length, as measured from the tip of the nose to the base of the tail,” Abbott said in a statement on his veto. “Texas is no place for this kind of micro-managing and over-criminalization.”

The Texas Humane Legislation Network countered by explaining that the problem with the current laws is that the language on the books makes them “completely unenforceable,” and the bill he vetoed was a carefully crafted compromise that clarified a lot of language and was meant to make the current laws actually work. Additionally, things like poorly made collars and leaving dogs in hot tuck beds or chained outside in a state that experiences extreme heat in the summer (and increasingly extreme cold in the winter) routinely kill dogs.

“SB 474 contained simple fixes to protect dogs that are left outside on heavy chains with no shelter or water in a state that experiences extreme high and low temperatures,” wrote THLN’s Shelby Bobosky in a response. “All the elements Governor Abbott cited as ‘micromanagement’ were carefully negotiated compromises that addressed concerns from lawmakers in both parties to strike the right balance for our diverse state.”

Heavy chains in particular can cause severe damage to a dog’s neck and are prone to becoming tangled, with short tethers also banned by the bill as significant restriction of a dog’s movement also causes needless suffering.

Abbott’s seemingly ignorant and pointless veto of the widely supported bill has earned him the ire of all dog lovers, and you’d better believe they will come for you if you mess with the pups.