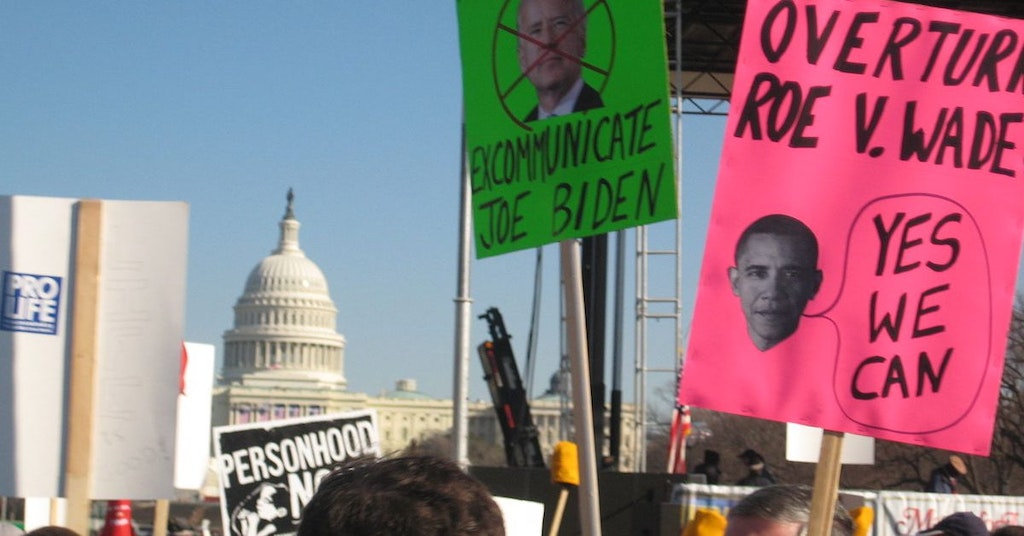 
A Twitter user going by the name of “Annoyed Cicada” recently spoke out about the surprising number of supposedly pro-life individuals who come into their abortion clinic not as protesters, but as patients. According to this anonymous former clinic employee, “tons of women who claim to be anti-abortion get abortions.”

They are, however, not coming in with changed minds or contrite demeanors. Instead, they remain pro-life as well as rude and obnoxious.

The cicada tweets that these pro-life women do a "neat mental trick" to convince themselves that their abortion is the only one that's justified, even though everyone else's isn't. Because of this, they tend to remain hostile toward both employees and other patients.

"At the clinic I worked at we used to put a pink sticky note on their charts to give a heads-up to the back office staff," they said. "That way you'd be prepped for the hostility. I had a woman tell me I would burn in hell as I held her hand during her abortion."

The former clinic worker continued with a number of example stories from these world's worst patients.

"Yet another woman laughed and told the doctor performing her procedure that she thought he should go to jail," they continued. "After he had performed the abortion, of course."

Generally, pro-life individuals object to abortions because they believe that an embryo or fetus is equivalent to a fully developed and birthed human child, and therefore often refer to abortion as "murder." It's unclear how they manage to convince themselves that their personal baby "murder" is okay while looking down on other patients and attacking the people who are trying to help them.

Apparently, they can be just as abusive as patients as they can during their often violent "protests" outside of abortion clinic doors, even over the simplest of things.

"A woman became furious when we told her we needed consent to perform the abortion. She threw magazines from our waiting room at our staff after we told her we wouldn't do it without her signing consent forms."

According to the most recent Gallup poll, although 46 percent of those polled in 2020 considered themselves "pro-life," only 20 percent of people thought that abortion should be illegal under any and all circumstances. Unfortunately, stories of anti-abortion protests outside of clinics don't paint a picture of the kind of tolerance that allows for exceptions.