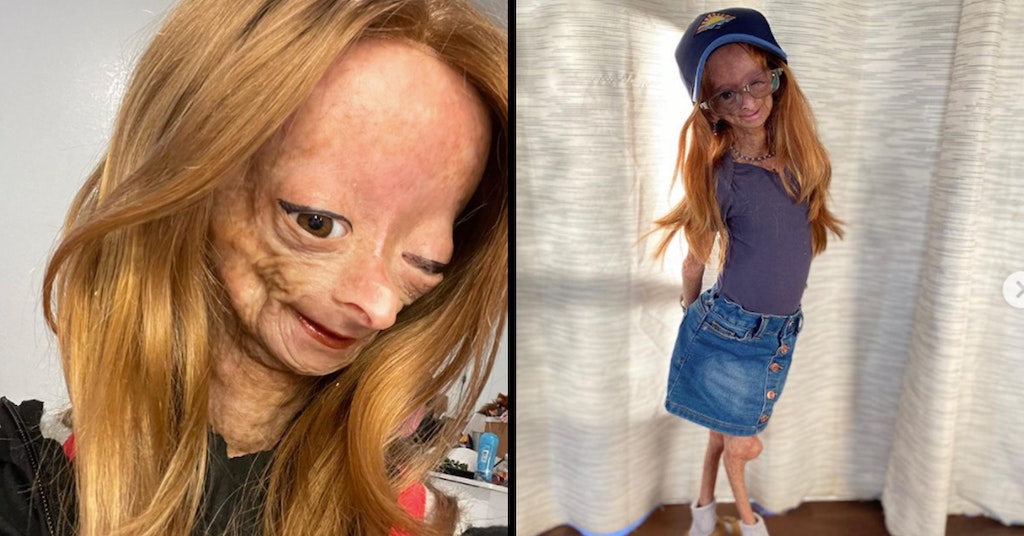 YouTuber Adalia Rose Williams has died at just 15 after a lifelong battle with Hutchinson-Gilford progeria syndrome.

Adalia’s family broke the news on social media, noting that she had been “set free from this world” on Wednesday night.

“She came into it quietly and left quietly, but her life was from it,” they wrote. “She touched MILLIONS of people and left the biggest imprint in everyone that knew her. She is no longer in pain and is now dancing away to all the music she loves.”

The teen’s mother first started a Facebook page and YouTube for her in 2012, when she was just five years old. As Adalia got older, she started sharing everything from makeup tutorials to dance videos to simply sharing things about her life.

She amassed a following of over 2.9 million subscribers on YouTube and gave strangers a rare glimpse into life with progeria.

A post shared by The Adalia Rose Show (@adalia06)

“When Adalia was born, I think it was she was like a month old and [the doctors] weren’t happy with her growth,” her mother, Natalia Pallante, told the New Zealand Herald in 2018. “That was one of the symptoms that first popped up and then it was also that the skin on her tummy was really tight and just different looking.”

Pallante was a single mother at the time, but eventually married and had more children with her husband, Ryan. She credits Adalia, however, with making her the person she has become.

“Adalia has changed my life completely, it’s not like I was hateful but I wasn’t nice to myself,” she said. “I wasn’t thankful. I didn’t realize that until she was born.”

She also added that her favorite thing about being Adalia’s mother was “just watching her grow and seeing just how different she is from everyone.”

“She is just so rambunctious and every day is something new with her, so it’s always exciting.”

Adalia lived two years past the expected age for people with her condition, but her loss is now being mourned not only by her family, but by those she touched online with her creative and joyful videos.

Designer Michael Costello, who gifted Adalia with custom-made dresses for her 13th birthday, was one of many who sent his condolences via social media after her death.

“My heart is broken,” he wrote, “I am so thankful I had the opportunity to know her and be her friend.”