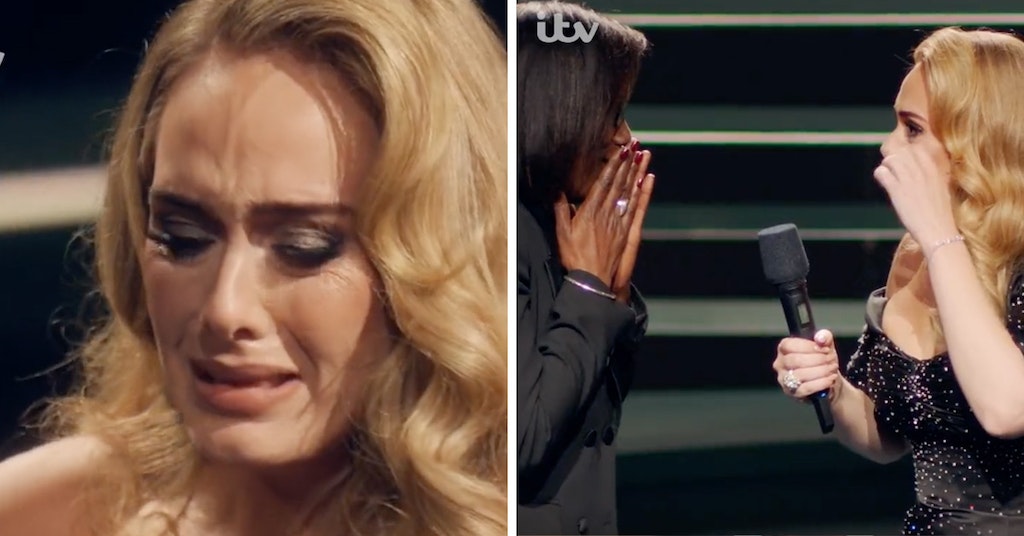 Adele received quite the surprise when she was reunited with her old English teacher during her recent concert special.

An Audience with Adele aired on Sunday night, and fans were given a glimpse into the heartwarming moment that left the superstar in tears.

As Adele took questions from the celebrity-filled audience, actress Emma Thompson asked something seemingly innocent: “When you were younger, was there someone who kind of supported you or inspired you or sort of, you know, protected you from all the trials and tribulations of life and inspired you to sort of go on?”

The “Someone Like You” didn’t have to think hard to come up with an answer, immediately citing an old beloved teacher.

“Yeah I hate a teacher at Chestnut Grove who taught me English,” she said. “That was Miss McDonald.”

Thompson asked if they kept in touch but Adele revealed that McDonald left while she was in year 8.

“It was just one year, but she was like, she got me really into literature. Like, I’ve always been obsessed with English, and obviously now, I write lyrics,” she continued.

Adele said that her teacher “was so bloody cool” and “so engaging,” adding, “She really made us care and we knew that she cared about us and stuff like that.”

The music cues up and Thompson calls out the big reveal — Adele’s favorite teacher is, in fact, in the audience.

The singer bursts into tears as McDonald comes up and joins her on stage.

It’s a touching reunion, with Adele trying her best to do a quick catch up right there on stage, asking about McDonald’s life after teaching and making sure she knows that she meant every word.

While Twitter users weighed in on the probability of this being scripted or not, many felt Adele’s surprise was too genuine for her to have known this was coming. Regardless, it was still a special moment that Adele fans got to witness firsthand, and a reminder of the impact a good teacher can truly have on a young life.