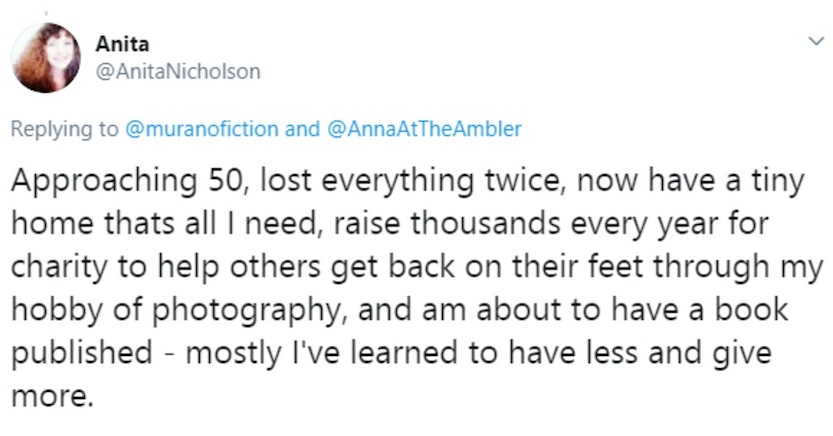 Bram Stoker Award-winning editor Doug Murano has gone viral on Twitter for asking people to share stories of how they achieved success late in life as opposed to the many “under 40” or “under 30” achievement lists. He’s not the first to express this kind of sentiment, with others having noted that there’s nothing wrong with achieving your dreams later in life.

He can, however, be credited with sparking a wave of heart-warming stories from people who prove that there’s no deadline on success.

“Show me someone who got their PhD at 60 after losing everything,” Murano wrote. “Give me the 70-year-old debut novelist who writes from a lifetime of love and grief. Give me calloused hands and tender hearts.”

Twitter gave him what he asked for, with thousands of commenters sharing their stories of how they kept pursuing their dreams in spite of setbacks or found opportunities later in life to go after what they’ve always wanted. Younger commenters also flocked to his tweet for assurances that there is no rush and no required timeline for achievement.

Others have stories of parents, grandparents, friends, or people who have made the news for being so awesome later in life. Some stories involve deep loss, but all are inspiring.