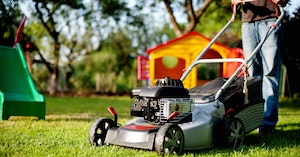 In yet another entry in our semi-regular segment you might call “Why is Anyone Using Airbnb Anymore,” people are now complaining that on top of sometimes steep cleaning fees, customers using the service are being asked to do a list of household chores.

Instead of just getting a hotel room where you can leave the towels on the floor and your bedding is changed daily for you unless you request otherwise, folks are spending their last day of vacation vacuuming, doing dishes and laundry, and even mowing someone else’s lawn.

“You don’t want to wake up at 6 a.m. to do chores when you’re on vacation,” one school teacher and Airbnb customer told the Wall Street Journal. “This kind of changes the whole vibe. It’s stressful.”

Just like many other app-based services designed to undercut established markets by claiming to be both cheaper and better, Airbnb has become seemingly worse over the years as it attempts to actually make profits.

Customers are now complaining about fees that push the cost of their rooms higher than many standard hotels, or in lieu of that, having to do a list of chores in order to avoid either surprise fees or a bad rating on the app.

To make things worse, some are reporting that the chores they’re expected to complete are made so much harder by the fact that they’re not provided with the necessary supplies. One couple said their host made them take all their trash with them when they left because there was no trash pick-up and no dumpsters around to properly dispose of it.

“My husband and I would be freaking out, carrying trash and trying to locate dumpsters,” said a graphic designer.

Then there are the hosts that don’t list the required chores or make any mention of the expectation on the app listing, only to surprise their guests with a long list of tasks when they arrive. One women who spoke with the Journal said she was late to a canyon tour because she had to do the host’s laundry.

Airbnb itself claims that around 55 percent of all its listings include a cleaning fee, though it seems to a lot of customers like this is a rather low estimate. Their guidelines for hosts also recommend that those who leave chore lists “consider” forgoing the cleaning fee or making it a very small percentage of the overall cost.

Some of the hosts argue that the cleaning they do is far more expensive than what their guests are asked to perform, but others might say that this is the host’s job—and if they don’t like it, they might consider getting a real one. Hotels have streamlined their cleaning process in order to keep the burden off of their customers, so if Airbnb is supposed to be a better option, they’re not doing a very good job.

Both guests and hosts are saying that the chore lists are driving customers back to hotel rooms.

Airbnb has already come under fire for nightmare surprises like hidden cameras in bathrooms, strict rules like curfews, hosts leaving people stranded without shelter and threatening customers over bad reviews, and so on.

The app has become something of a punching bag for people who feel like the whole service pulled a bait-and-switch on them.