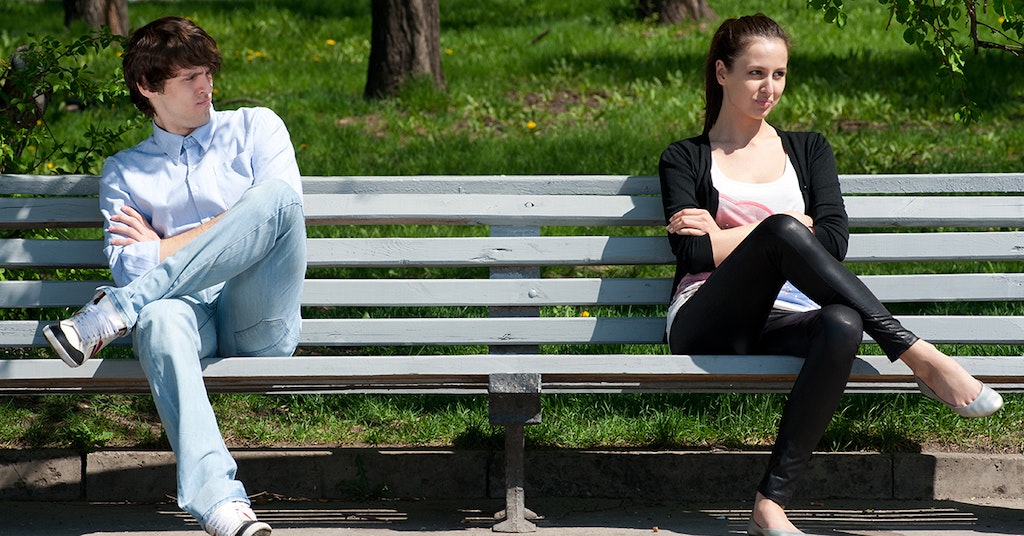 Most women have had an experience where they were unavoidably in a situation where a guy made them uncomfortable. Sometimes the guy is doing it on purpose—often, actually. And sometimes women are just creeped out by men because of the scenario they’re in and the bad experiences they’ve had in the past. I find that understandable and thought that’s what this story posted by u/ladyatstop would be about, but it took a strange turn.

“AITA for refusing to move from a bench at night cause this lady was uncomfortable?” he asked r/AmItheA–hole.

The OP says he’s a 24-year-old man who works late in packing and shipping, and when he got to the station where he gets his train, he wanted to get off his feet. It was close to midnight, and he took a seat on the one long bench in the station where a woman was sitting on the opposite side.

So I sit on the other side of the bench not even that close to her cause I’m at the edge. She keeps looking at me until she asks if I mind. I ask her what she means. The lady tells me if I mind going somewhere else and I ask why.

Then she tells me we’re the only people at the station and she not comfortable with me being close to her. I look around again even tho I know there’s no other places to sit and I tell her sorry I won’t bother her I just really need to sit cause I’m tired from work. Then she says would it really kill me if I moved somewhere else since the train gonna be there in 15 mins and I could sit then. This lady not letting it go, I promise I won’t bother her. Like didn’t even tell her anything or did something the first minutes I sat down by her. This time she get really mad and asks me to move.

Now I’m kinda annoyed but all i tell her is no and that I’m sorry, she doesn’t have to worry about me since I just want to sit somewhere after standing all day. After saying that I put my headphones back on and looked at my phone. But saw this lady after a few mins get up and walk all the way to the other side of the platform an just stands there. Before she left did hear her saying “f-cking jackass.” Didn’t think she would get this mad at me not wanting to move.

I get why ladies would be uncomfortable that late at night at a train station with some random guy but I wasn’t even paying attention to her at all. And didn’t wanna move cause again I was super tired. Still was I an a–hole?

He added in an edit that there was an appropriate amount of social distance between them and they were both masked up.

It’s a very odd story, because even though it’s understandable that a woman would be uncomfortable late at night alone with a strange guy in an isolated place…why would she then interact with him and insult and kind of try to start a fight? It just doesn’t add up, for me or the commenters:

If this woman is real, I’m impressed that she’s gotten through life as long as she has.