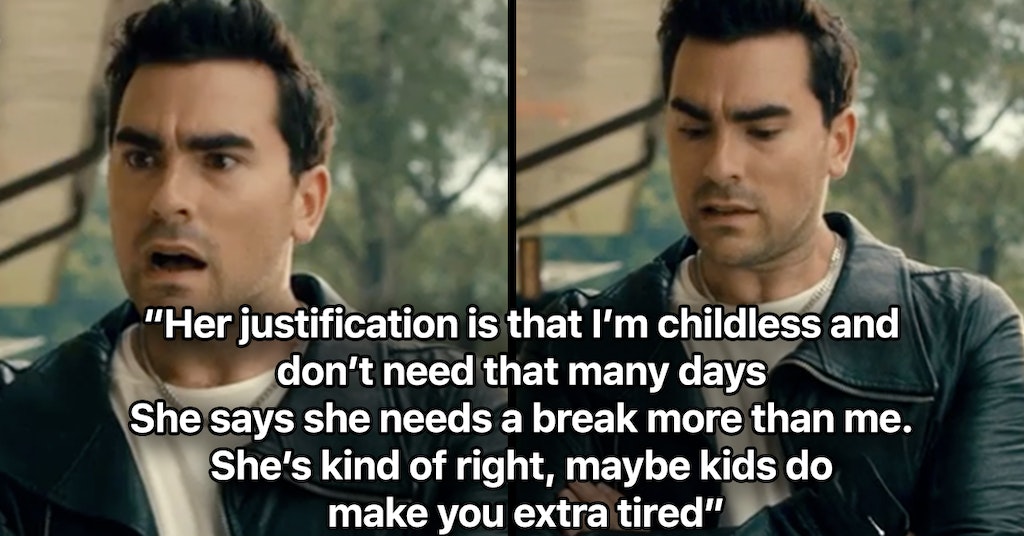 A child-free employee turned to Reddit recently to ask if she was the a**hole for not wanting to give her paid time off to another employee who wanted to take her kids on vacation, and people had some strong feelings about it.

The Redditor, who used a throwaway account for the post, started off by explaining that she is 27, has worked at the company in question for five years, and has no children, whereas the other employee is 41, has three kids, and has been there for 17 years.

They are both fairly well-established at the company and familiar with their policies, which include unlimited sick days with a doctor’s note and 18 paid vacation days per year, which she says are added in January and roll over to the next year if an employee chooses not to use them right away.

“My coworker regularly takes a day or two every month or so,” she writes. “This year, she used 10 of her days in January when her brother died and another 4 when her daughter got sick.”

As the post was made in late February, that left the other employee with just four paid vacation days for the remaining 10 months in the year, as she had apparently not saved any up from previous years.

The Redditor, however, had. She says she saved up 44 vacation days with the hope of taking a long trip around Europe after the pandemic — but her coworker asked her to give up six of those days so that she could take her children on a two-week vacation.

“Her justification is that I’m childless and don’t need that many days,” she wrote. “She says she needs a break more than me. She’s kind of right, maybe kids do make you extra tired. It’s not her fault she had to use 14 vacation days in the first 2 months of the year. I told her that I can’t give her my days. She’s upset and says that it’s my fault her kids’ dreams are being crushed. Am I the a**hole?”

Posts about people with children feeling entitled to things from child-free co-workers rarely go well on Reddit’s r/AmITheA**hole, and this was no exception.

“She has kids and you don’t. So what?” wrote u/mushityke. “She can take them next year when she gets the next round of PTO. She’s an idiot for blaming you.”

However, another user pointed out that “the real a**hole here is a system where you don’t get compassionate leave or child sick leave, so you have to take your PTO to deal with these things and then lose the chance to take a holiday for you and your family,” a sentiment echoed by many others.

But as that isn’t something the original poster has any control over, redditors across the board voted her unquestionably “not the a**hole” here — but an update said she and some of her other coworkers got together and each gave the other employee one vacation day each so that her kids could go on a two week vacation all the same.