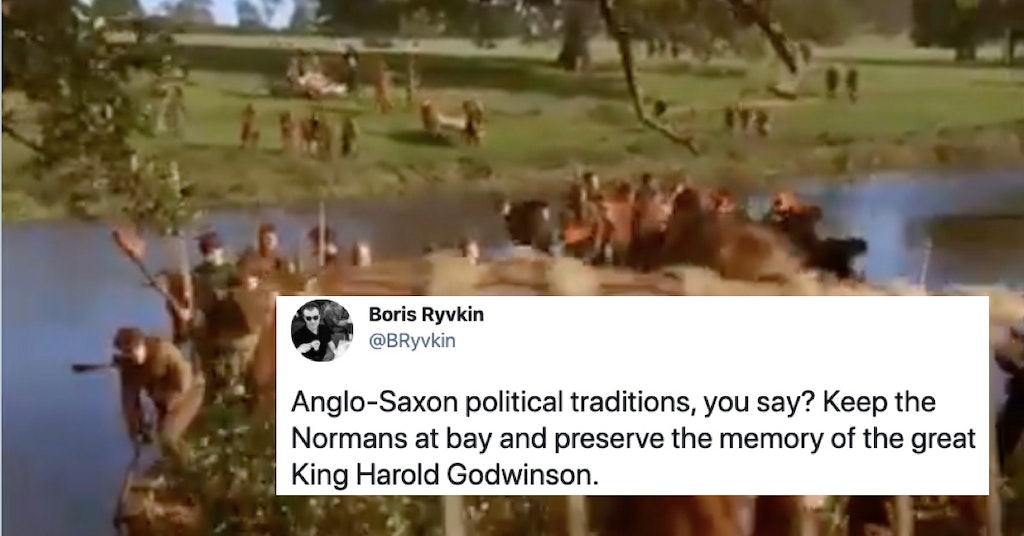 
Republicans are once again taunting us all with exactly how explicit they can be about their white nationalist agenda.

Punchbowl News reports that materials have been circulating about a newly launched caucus called the “America First Caucus” in which they say the caucus will be focused on “common respect for uniquely Anglo-Saxon political traditions.” There was also a mention of returning to an architectural style that “befits the progeny of European architecture,” which means nothing logical at all, but sounds pretty racist.

Punchbowl described the situation as the most nakedly “nativist stuff” they’ve ever seen. It is absolutely a hideous ploy to make even deeper associations between white nationalists and the Republican base—they love their fake history.

The people who would be considered actual Anglo-Saxons were run to ground by the Normans a thousand years ago. Of course, there are people who technically have Anglo-Saxon ancestors, but the way it’s being used here seems to mean “WHITE” in the most white supremacist way possible.

People are commenting on how horrendous the whole thing is and also getting their history, architectural and otherwise, in with some jokes.

Should this be joked about? Well, it is stupid, but it’s also very hateful. See what you think as you read the tweets below: