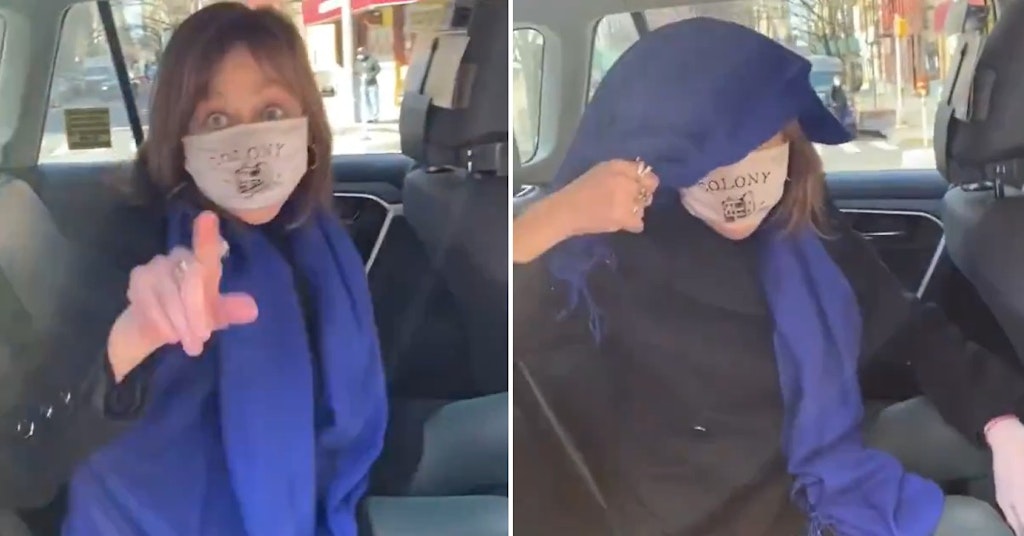 Maura Moynihan, daughter of the late Democratic Senator Daniel Patrick Moynihan, has been identified as the woman accused of telling an Asian woman to “go back to communist China” on the street in New York. She herself admitted to being the woman in the video, though she denies saying anything racist.

However, the video footage directly contradicts that claim.

Though Moynihan claims that her confrontation with the other woman, Maria Ha, was merely a dispute over a cab, things escalated to the point that the unidentified woman got her husband, Dan Lee, involved. According to the Daily Mail, it’s Lee’s voice in the video accusing Moynihan of saying blatantly racist things to his wife.

Moynihan then repeatedly accused Lee of assaulting her, screaming it over and over while Lee pointed the camera at himself and back at her to show that he was not touching her. Rather, she was really upset that he wouldn’t let her close the door to the cab so she could escape without consequences.

She might have been able to maintain some level of deniability as to whether she said the racist things she was accused of if she hadn’t showed herself halfway through the video, after she has successfully gotten the door closed.

“Well, isn’t that where you’re from?” Moynihan asks.

Lee then corrects her, saying that he’s from the U.S., which she might have guessed from his American accent. This is when Moynihan says she doesn’t want to talk about it anymore and tries to hide her face with her scarf, likely realizing that she let the mask slip and the racism show and is about to go viral online.

And she did. According to the couple, she even rolled down the cab window as she was finally leaving to shout “go back to communist China” at them.

This ugly encounter suffered by Lee and Ha comes right on the heels of a mass shooting by a white man who targeted Asian women specifically, going to multiple Atlanta spas and killing six female employees of East Asian descent as well as two others. Though police have tried to pin this on sexual addiction and parroted the suspect saying it wasn’t “racially motivated,” it’s clear that he was seeking out people of a specific race.

All this comes after over a year of spikes in hate crimes against people who racists assume are Asian, fueled by Donald Trump and other Republicans blaming the pandemic on China and calling it the “China virus,” among other racist terms.

Police are reportedly investigating this latest case of anti-Asian racism, but many who have viewed the video don’t need authorities to tell them whether Moynihan was in the wrong here.