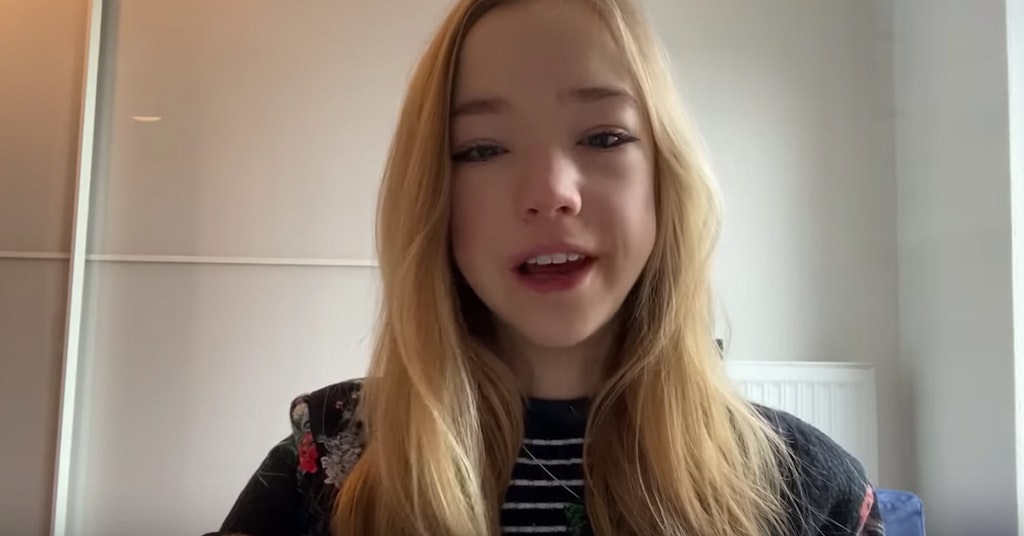 Naomi Seibt is a 19-year-old blogger and, by law, an adult. She is becoming known on YouTube as the “anti-Greta,” because her videos are about “climate alarmism” and assuring viewers that the Everything Is Fine here on Earth.

Not so coincidentally, Seibt’s videos are sponsored by The Heartland Institute, a national organization that supports fracking and has in the past lobbied for tobacco firms, according to VT. You might not be surprised to hear that a group that wants to drill deep into the planet for precious oil rejects the idea that climate change is real.

It’s hard to know is Seibt really believes the misinformation she promotes or if she is just trying to be another talking head who makes money by lying on camera and appearing at conservative events. According to The Independent, Seibt’s mother is a lawyer who has allegedly represented politicians from Germany’s far-right AfD party in the past.

On the latter note, she will be making an appearance at Conservative Political Action Conference (CPAC), the largest annual Republican convention of its type that will run from Wednesday until Saturday of this week.

In her video titled, “I WANT YOU TO THINK,” Seibt tells viewers that the world will not be ending anytime soon. She’s sure that in 12 years we’ll all be on the latest version of an iPhone, complaining about the new president. I’m assuming she’s imagining another Trump Jr.

“However, we are currently being force-fed a very dystopian agenda of climate alarmism that tells us that we, as humans, are destroying the planet and that the young people especially have no future. That the animals are dying, that we are ruining nature,” she says. “I truly believe that many members of Antifa, Fridays for Future groups, Rebellion Extinction, I really believe that many of them have good intentions but that they are genuinely scared of the word ‘ending’ and are scared that their parents and grandparents are ruining the planet.”

In another video uploaded by the Heartland Institute, titled “Naomi Seibt vs Greta Thunberg: Whom Should We Trust?”, Seibt explains how “science is entirely based on intellectual humility and it is important that we keep questioning the narrative that it out there instead of promoting it, and these days climate change science really isn’t science at all.”

In a February 16 video titled “ANTI-GRETA or PRO HUMAN?” Seibt urges researchers to consider the “immense impact that the sun has on the climate in comparison to CO2 emissions.”

This might be a compelling message to many people on the fence about climate change. Seibt seems to want to reassure people that the panic is overstated, that things are going to work out, that no one person can be held accountable for the planet’s destruction—or make a difference to change it.  For folks afraid of the end, this is exactly what they want to hear.

Or you can listen to Greta Thunberg, who is urging for actual change in the world before it’s too late. Change is difficult, scary, and absolutely necessary, no matter what the fracking executives are paying Seibt to say.