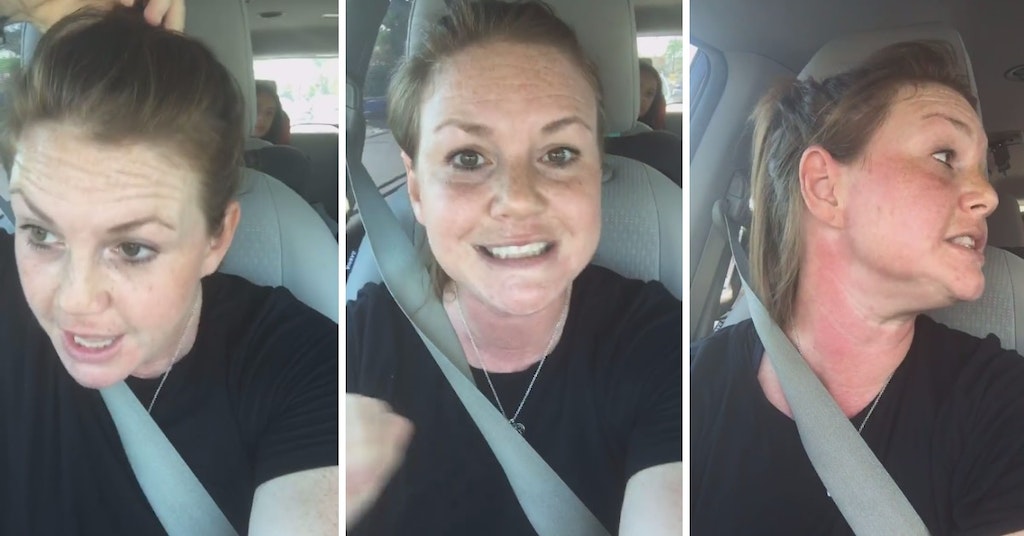 A Texas woman’s Facebook Live video went viral after she was asked to wear a mask in Walmart, which announced weeks ago that all customers would be required to wear them in their stores, and went to a weirdly Islamophobic place over it.

After repeating a lot of debunked lines about masks “inhibiting health” and claiming that the science on masks is “mixed” (it’s not), and touting an inaccurate recovery rate that still would leave 1.4 million Americans dead, she let her real feelings be known.

“I understand that it is a 99.6% recovery rate,” Latu says. “I don’t even gamble in Vegas, but I will take these odds. I will roll these dice, and I will exercise my freedoms to not put my kids in a mask because they’re one step closer to looking like a Muslim.”

There has been an increasingly popular conspiracy theory on the right that mask mandates are a way to somehow get people closer to wearing face coverings associated with Islam, such as niqābs and burqa. This idea, of course, is entirely unfounded and based in a long-standing prejudice many in the U.S. hold against Muslim individuals.

The woman, Crystal Pool Latu, unfortunately made this statement while her children were in the back seat. One could be heard periodically saying things like “stand up for your rights,” and, “it’s all about Jesus” during her 16-minute rant.

“This is how they’re working on people, through shame and fear and guilt and that’s how Satan has been working since the beginning of time,” said Latu. “I will not put on the mask for anyone but Jesus.”

The video landed Latu on a Reddit forum decrying women like this, dubbing them “Karens,” and resulted in widespread criticism for not only spreading anti-mask non-science, but for being so openly Islamophobic.