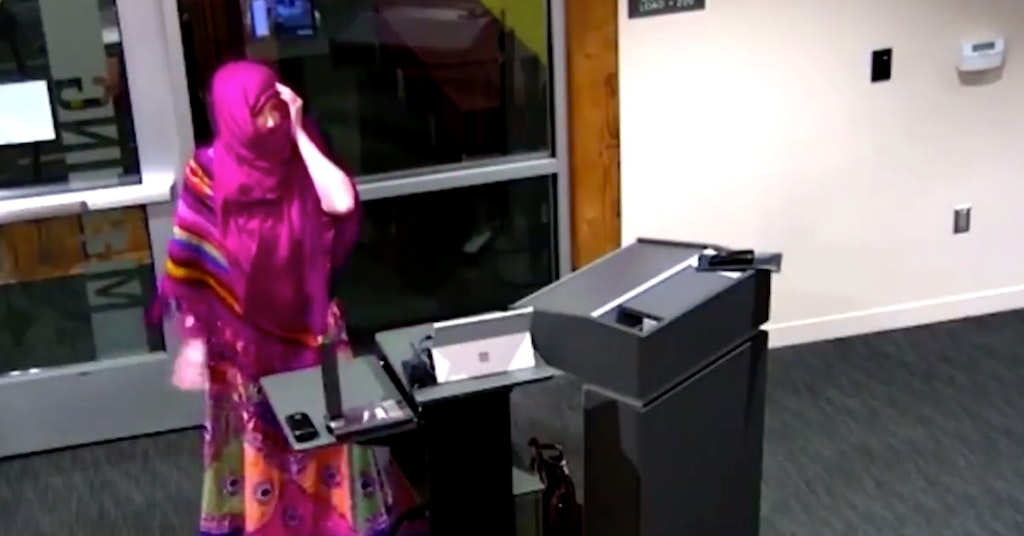 There are, apparently, no lengths anti-maskers won’t go to in order to avoid having to do something so simple to protect their communities from COVID-19.

A white woman in Lewistown, Idaho, showed up to a city council meeting dressed in an outfit she compared to a burka, in order to complain about local mask mandates.

“Do you know why I’m wearing this?” she asked those present. “I’m wearing this because the only way I could go to school today was because I had to act like I had on a freaking burka.”

Dugger claimed that she can’t wear a mask because “it’s very traumatizing,” and instead has been covering her face “like [she’s] a Muslim.”

“Because I can breathe through this, at least,” she said of the scarf wrapped around her face.

It wasn’t long before Dugger started crying that her education has been interrupted due to the pandemic and due to her decision to wear a scarf around her face.

Of course, as any single person in school can tell you right now, she’s not special here. Education has been disrupted and shifted for people all over the world, and certainly everyone in the United States.

And while Dugger insisted during the meeting that wearing a scarf around her face was a nightmare due to how much she sweat while wearing it, she did overlook a pretty simple solution — just wearing a mask.

Folks online didn’t have a lot of sympathy for Dugger’s plight. We’ve all been affected by the pandemic, nobody actually LIKES wearing a mask, and going out of your way to complain about “having” to dress “like…a Muslim” doesn’t exactly suggest that she’s the most pleasant person to be around.

An extended version of Dugger’s rant on The Daily Mail also includes her outing herself as an anti-vaxxer, and saying some sort of nonsense about how the virus isn’t “smart enough” to stop when it comes across someone wearing a “burka.”