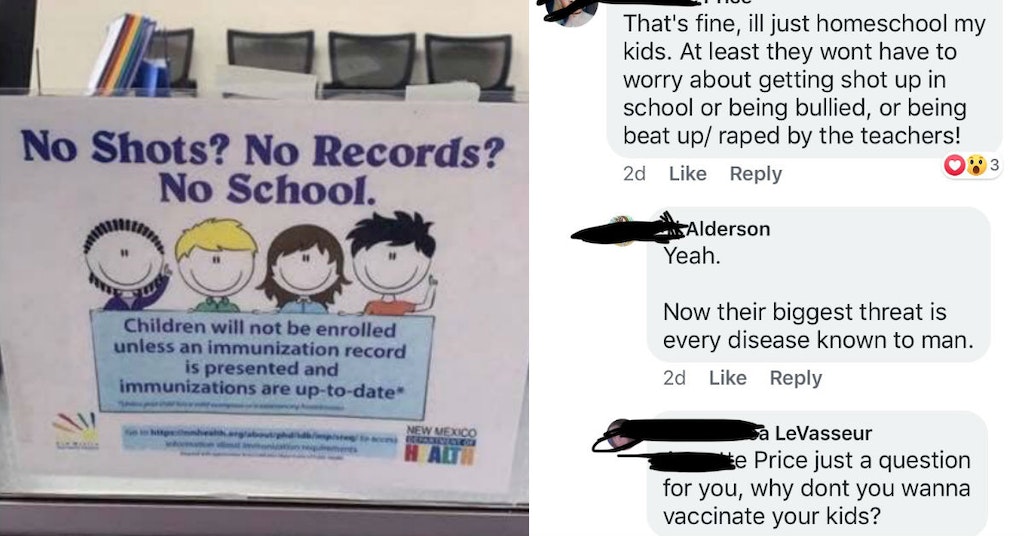 A Facebook exchange on a post showing an elementary sign declaring that unvaccinated kids would not be allowed to attend was posted on Imgur, depicting a well-deserved pile-on to a woman who commented that she would homeschool her kids in response to this policy.

An increasing number of schools have been forced to adopt hardline policies on vaccinating as the anti-vaxx movement has spread, infecting enough parents with debunked science and misinformation to cause outbreaks of previously rare or eradicated diseases such as measles.

Myths about vaccines have persisted in spite of information campaigns and widespread social media disdain for people who call themselves”anti-vaxxers.” People such as this ill-informed commenter. 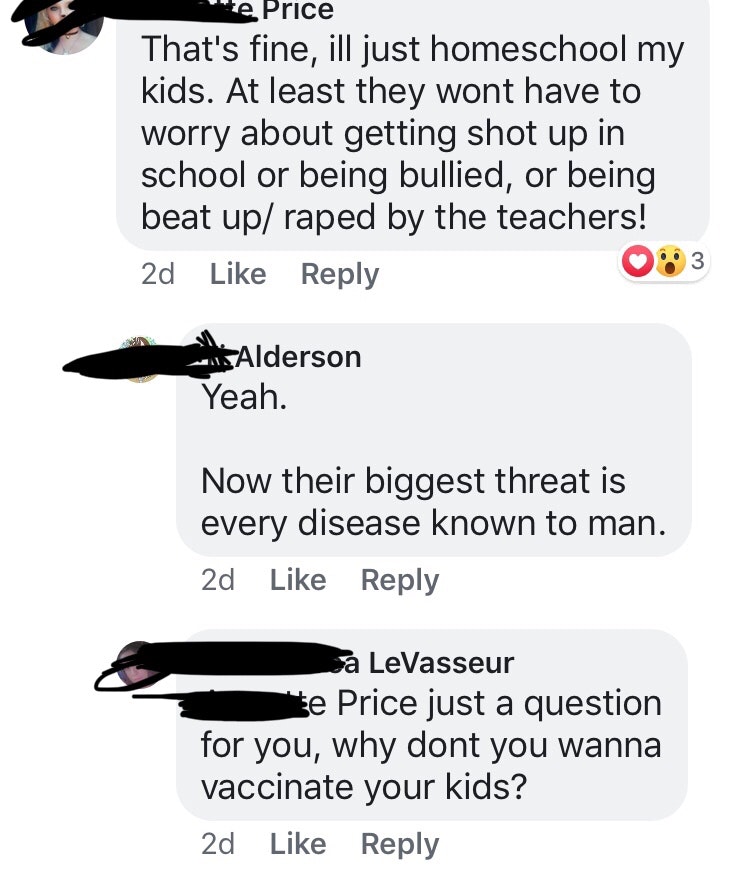 “That’s fine, ill [sic] just homeschool my kids,” writes Price, whose first name is blocked out. “At least they won’t have to worry about getting shot up in school or being bullied, or being beat up/raped by teachers!”

“Yeah,” replies one commenter. “Now their biggest threat is every disease known to man.”

When asked why she wouldn’t want to vaccinate her kids, Price repeats a number of falsehoods commonly spread by anti-vaxxers, including the idea that vaccines make it harder for the body to fight off disease (they do the opposite) and the idea that shingles is caused by the chickenpox vaccine (which prevents both chickenpox and shingles). 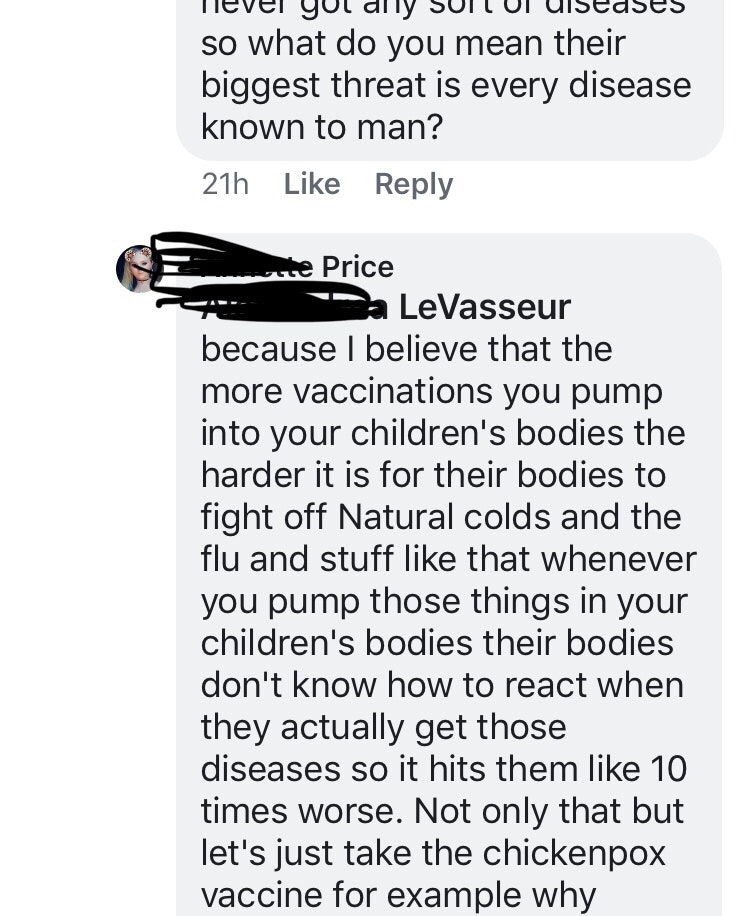 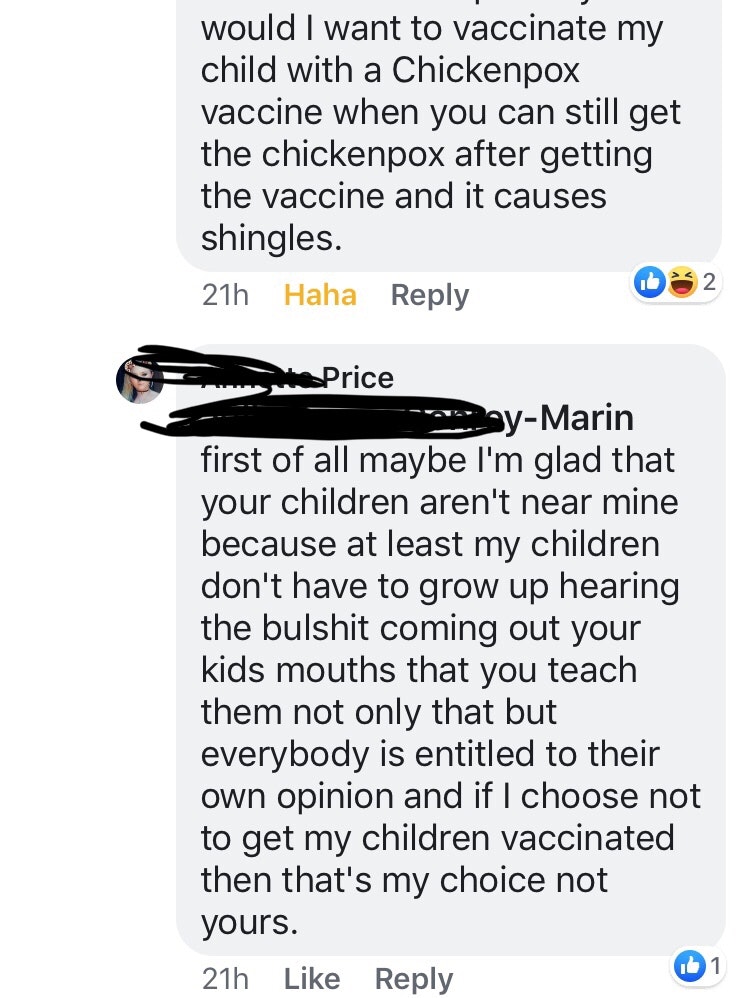 She finishes with the classic “everybody is entitled to their own opinion” line – the mating call of the uninformed.

A few other anti-vaxxers chimed in to support Price, making additional debunked claims and breaking out the old “I wasn’t vaccinated and I’m fine” argument, which is easily countered by the existence of all the unvaccinated kids who have not been fine.

Others, however, did their best to explain the concept of herd immunity and how Price’s “opinion” could be deadly to other children. 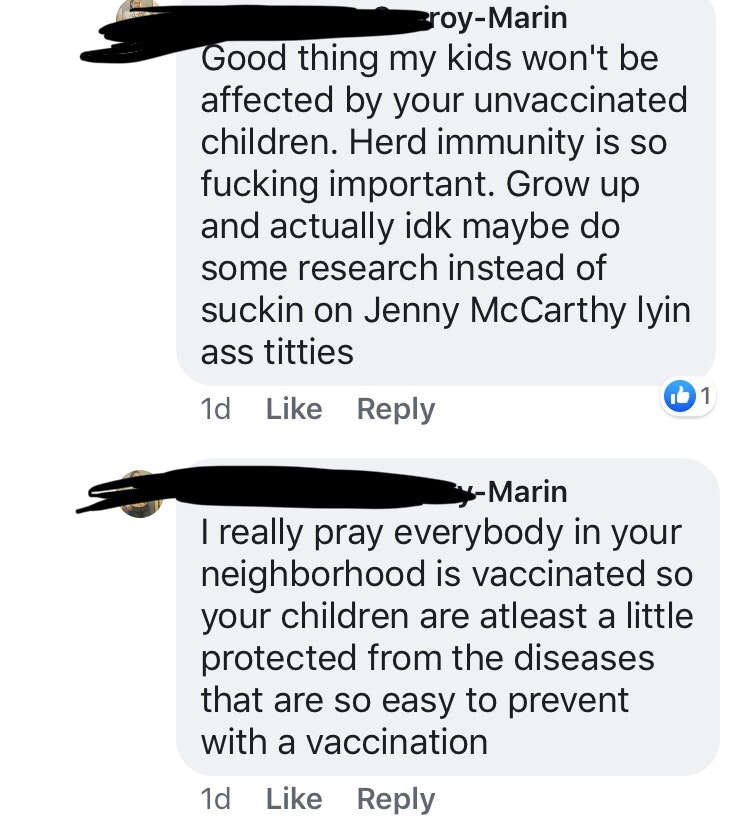 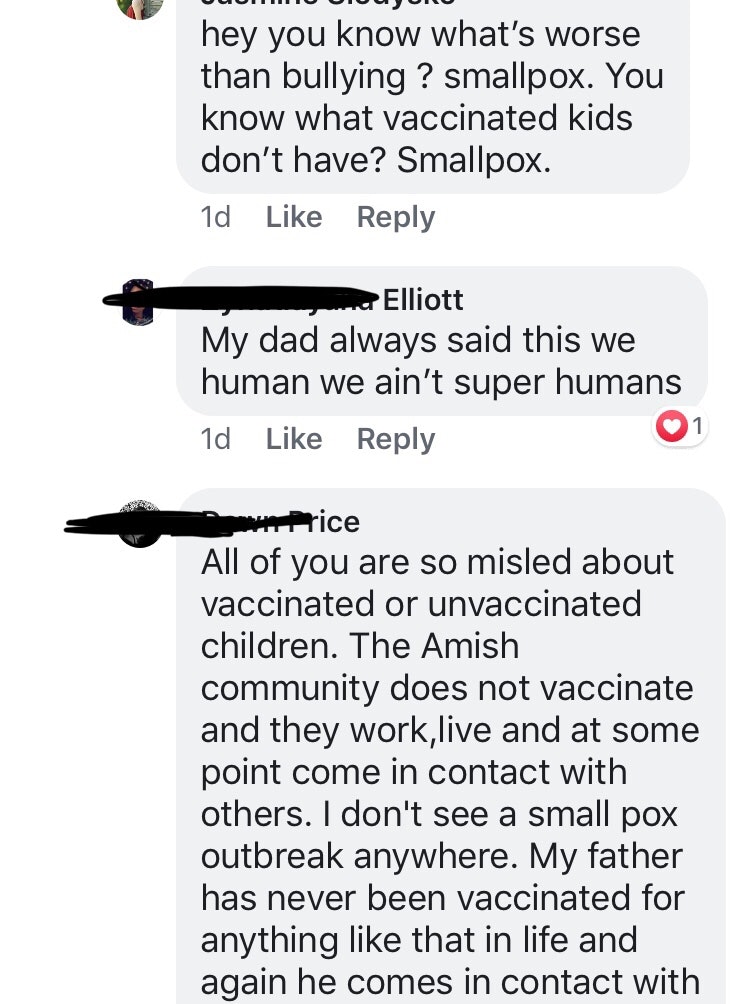 Price has the nerve to bring up the Amish community, which does not vaccinate. If she wants to live in near isolation from the modern world, that’s just fine with the rest of us.

Unfortunately, in spite of all the free information offered to her, Price ends up declaring that her opinion is sacred and nobody is going to change her mind. 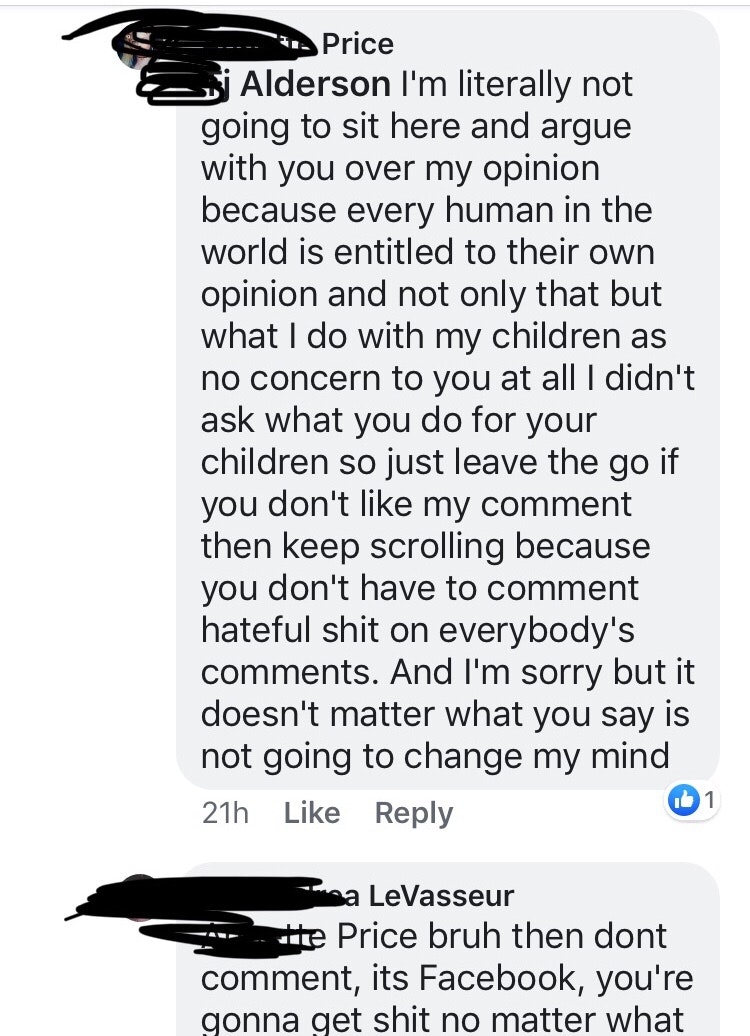 Unfortunately, contrary to Price’s claims, other people are affected by what she does with her children when it comes to vaccines, as evidenced by the worsening outbreaks of dangerous diseases across the U.S. since the anti-vaxx “movement” began. This is why schools have to refuse her kids access to public education.