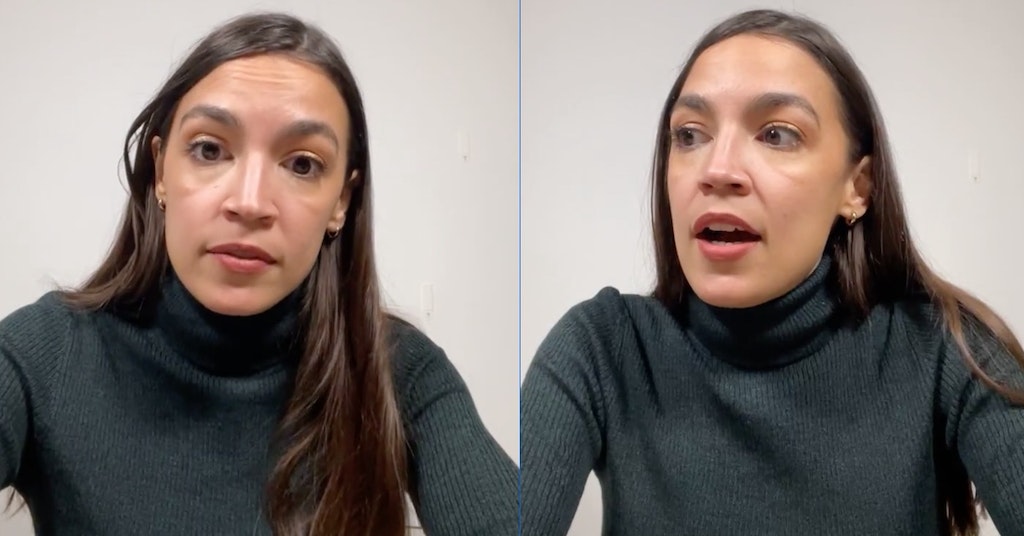 
When rioters stormed the Capitol seeking out members of Congress, it was clear that the specific members of Congress they would be targeting if they found them were any — Democrat or Republican — who hadn’t gone along with President Trump’s attempt to overthrow the results of the election.

What they would do when they found them was anyone’s guess, but the presence of zip ties and weapons spotted later in photographs of the siege painted a truly terrifying picture of how things could have gone differently that day.

Alexandria Ocasio-Cortez, one of the most outspoken members of the House of Representatives, has now shared that she had an added concern during the attack — that members of Congress themselves might have told rioters where she was out of spite.

“I myself did not even feel safe going to the extraction point, because there were QAnon and white supremacist sympathizers — and frankly, white supremacist members of Congress — in that extraction point, who I know, and who I had felt would disclose my location and…who would create opportunities to allow me to be hurt, kidnapped, etc,” she said during a recent Instagram Live discussing the siege.

The more we learn about what went down on January 6th, the more it seems likely that AOC’s fears were warranted.

According to her chief of staff, all the panic buttons in fellow Democratic representative Ayanna Pressley’s office had been torn out, most likely prior to the riot. Justin Van Blaricom, who says he previously worked in the Capitol, noted that as soon as panic buttons are removed, the Capitol Police are alerted and come to make sure everything is okay.

New Jersey representative Mikie Sherill has also come forward to say she saw Republican members of Congress giving what she referred to as “reconnaissance tours” of the Capitol on January 5.

The things AOC said on Tuesday suggest there’s so much more information about what happened on January 6 that the public simply doesn't know yet. She mentioned that she had a “very close encounter” and “did not know if [she] was going to make it to the end of that day alive.”

She also spent the majority of her Instagram Live calling for any members of Congress who have enabled Trump and enabled these attempts at destroying democracy for their own benefit to face consequences for their actions.