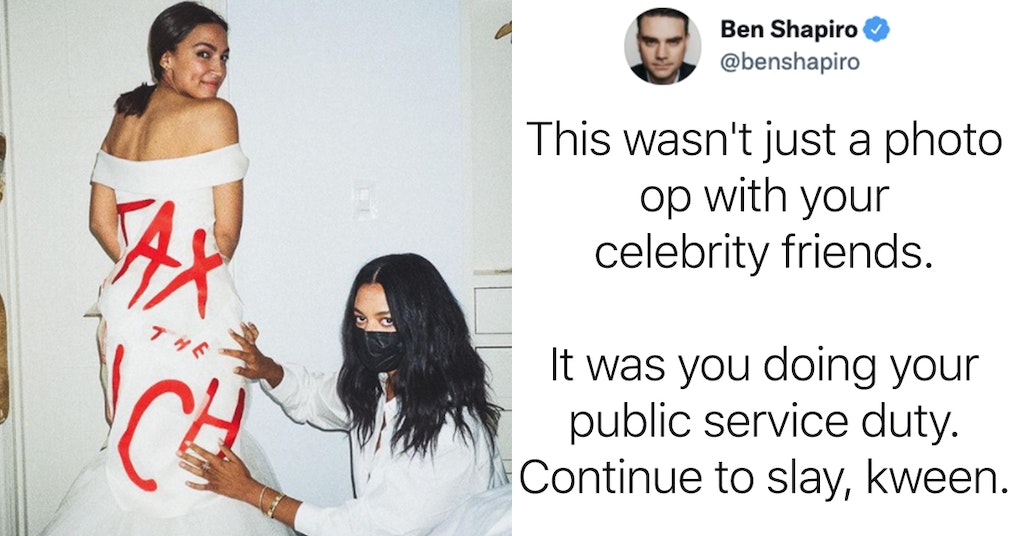 The Met Gala is always a fashion event to watch, bringing out talented designers, beloved celebrities, and almost inevitably some sort of drama and controversy each year.

This year, when Alexandria Ocasio-Cortez showed up in a dress that read “Tax the Rich,” we all knew exactly what controversy was on its way.

Conservatives and liberal critics of AOC alike were immediately up in arms about the outfit, calling the representative a hypocrite for wearing it at an exclusive event where she rubbed elbows with some of the very people she thinks should be paying higher taxes.

Some all but twisted themselves into knots trying to find things to criticize about the outfit, as is so often the case with literally anything Ocasio-Cortez does.

AOC herself had a few things to say about the dress, her decision to make such a bold statement, and the inevitable backlash.

While understanding the thought process behind AOC’s decision isn’t exactly rocket science, people still tried to explain it to those who refused to understand.

But at the end of the day, regardless of backlash, AOC’s dress certainly got people talking.

Which, you know, was the whole point.