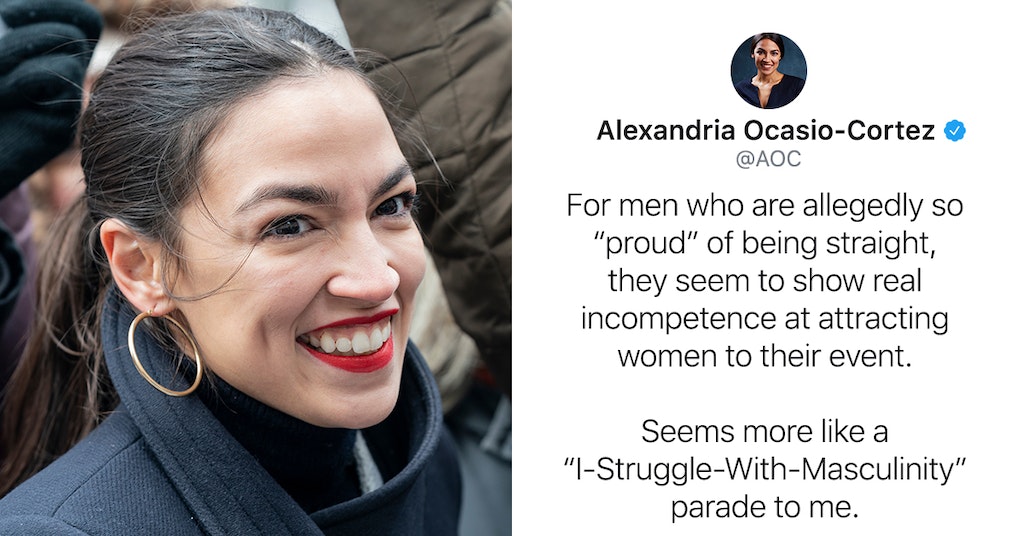 Despite facing a great deal of well-deserved mockery, Boston’s Straight Pride Parade did end up happening on Saturday. All the Straights gathered together to celebrate being into sexual relationships that have never been criminalized. Congrats, you’re in the dominant culture!

The whole thing is pretty ridiculous, except for the fact that it was connected to the Proud Boys, a clownish sect of white nationalists spear-headed by Gavin McInnes and his squad. Wherever they go they seem to encourage some kind of mayhem, including violence and public destruction of property. The official group organizing it was called Super Happy Fun America, and they say on their website that they want to “achieve inclusivity and spread awareness of issues impacting straights.”

The Straight Pride Parade seemed to go off fine except for the fact that it does cost the city to host parade events and why would anyone want to pay for this?

The #StraightPrideParade now on its way to City Hall Plaza. #Boston25 pic.twitter.com/44RayYZVRU

Representative Alexandria Ocasio-Cortez shared the clip of parade-goers walking grimly through the streets and commented on the fact that almost all the women visible at the scene are reporters.

There are a few ladies scattered about, but for the most part, it’s dudes marching. They must be deeply jealous of LGBTQ Pride floats, or something. A lot of them are also carrying messages of support for Donald Trump, big surprise!

She wrote, “For men who are allegedly so ‘proud’ of being straight, they seem to show real incompetence at attracting women to their event. Seems more like a ‘I-Struggle-With-Masculinity‘ parade to me.”

For men who are allegedly so “proud” of being straight, they seem to show real incompetence at attracting women to their event.

Seems more like a “I-Struggle-With-Masculinity” parade to me. 🤷🏽‍♀️

Hope they grow enough over the next year to support / join LGBTQ fam next #Pride! 🏳️‍🌈 https://t.co/DUb52ktWOP

She added, “Hope they grow enough over the next year to support/join LGBTQ fam next #Pride!”

That’s right, straight people march in the usual Pride parades as well. They’re called Allies, and they’re not actually excluded, as the organizers of Straight Pride have claimed. Ocasio-Cortez also shared a link to the Bail Fund being used to get activists out of jail who showed up to the Straight Pride parade to protest the event. According to The Hill, 34 people were arrested.

Contribute to the Bail Fund for the activists who put themselves on the line protecting the Boston community:https://t.co/z2NRSqHMve

Donate a dollar for every person you want to dunk on in that parade video and you’ll make a world of difference.