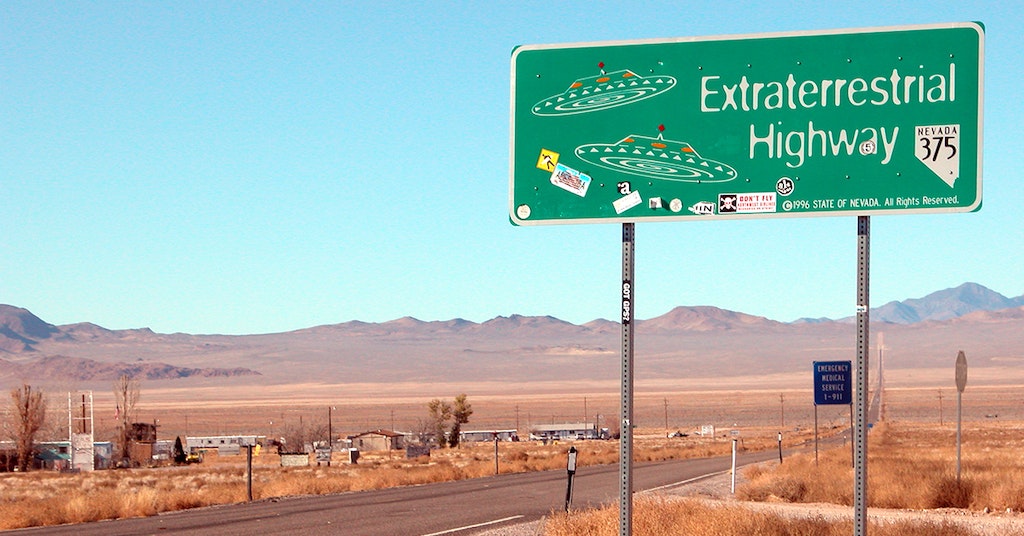 The truth is out there, and thousands of Mulders and Skullys are planning on finding it. A mysterious Facebook event, called “Storm Area 51, They Can’t Stop All of Us,” and over 475,000 alien-hunters have already sent in their RSVP for the Friday, September 20 flash mob.

Area 51, of course, is the site of many alien conspiracy theories, and residents around Rachel, Nevada have reported strange goings-on in the skies. The only problem with this party? In order to get into Groom Lake, they’ll have to contend with the so-called “Camo Dudes” who patrol the base — who are authorized to use deadly force.

According to the event’s description, alien-hunters are instructed to gather outside the gates of Dreamland. To get past Sniper Hill and “see them aliens”, attendees should “Naruto-run,” or dash at super speeds with while holding your arms straight back, like Natruto from Dragon Ball Z. Uh, good luck with that.

Luckily, the event organizer, Jackson Barnes, posted a helpful diagram of the planned raid on the base — with a disclaimer to the “US government” that “this is a joke, and I do not actually intend to go ahead with this plan.”

Area 51 was officially confirmed as a real military installation in 2013, during the Obama administration. The installation, which is an annex of Edwards Air Force Base, is actually called Homey Airport, and is used aircraft technology testing zone — allegedly.

With news that UFOs are totally real and the military is investing such occurrences, it’s no wonder that thousands of people want to know what’s up at Groom Lake. Twitter users expressed their totally true belief that Area 51 is hiding alien bodies and alien aircraft — which the government denies, of course.

But if The X-Files taught us anything, it’s that we should trust no one and seek out the truth on our own.

idk wtf going on but if we saving the aliens, I'm in bitch. going ✈️ area 51

Confronting the guards at Area 51 pic.twitter.com/pg2AphXn6S

us walking into area 51 with no plan pic.twitter.com/QFxJEpASRh