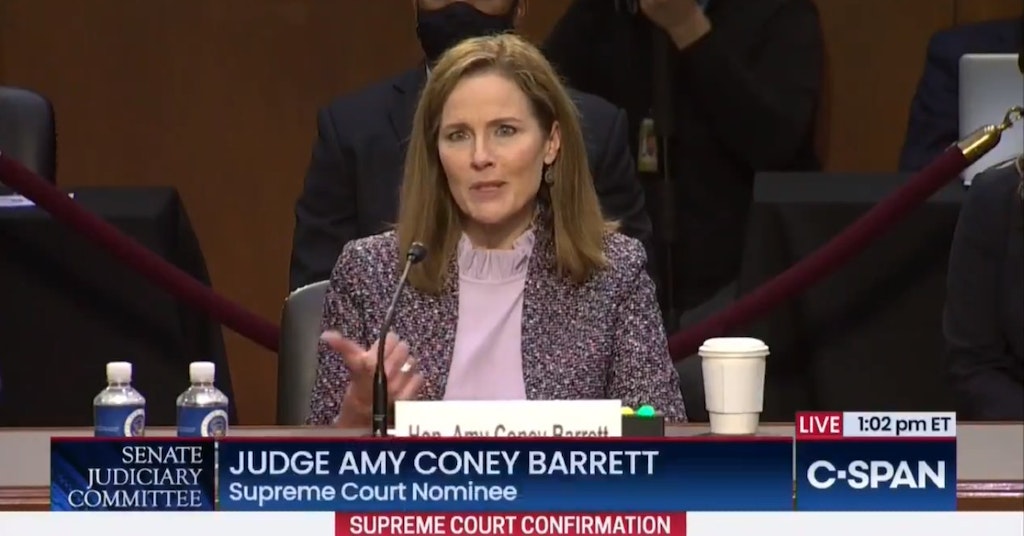 The confirmation hearings for Judge Amy Coney Barrett to become a Supreme Court justice have entered their third day, and after playing a whole lot of dodgeball with Democrats, she took an easy toss from a Republican right to the face. When asked by Republican Senator Ben Sasse to name the five freedoms guaranteed by the First Amendment to the U.S. Constitution, Barrett forgot about one that’s been pretty important lately.

“Redress, or protest,” Sasse finishes for her.

This sudden lapse in memory doesn’t look good for a nominee to the highest court in the nation who has already been criticized thoroughly for her striking lack of experience, having only been a federal judge for three years. Naming the rights guaranteed by the First Amendment is something right out of an elementary school quiz, and many people feel that a candidate for the U.S. Supreme Court should really know that by heart.

In addition to a lot of raised eyebrows, many Twitter users are making jokes about Barrett’s lack of notes for these hearings, which has been spun by Republicans as a good thing. On Tuesday, Republican Senator John Cornyn asked her to show her blank notepad and called it “impressive” that she came to the hearings without any notes while everyone else Photoshopped funny things onto the pad.

After Republicans ran with the idea that Barrett is so smart and well-qualified that she doesn’t need notes to answer questions, those on the left are taking the opportunity to rub this botched answer in.