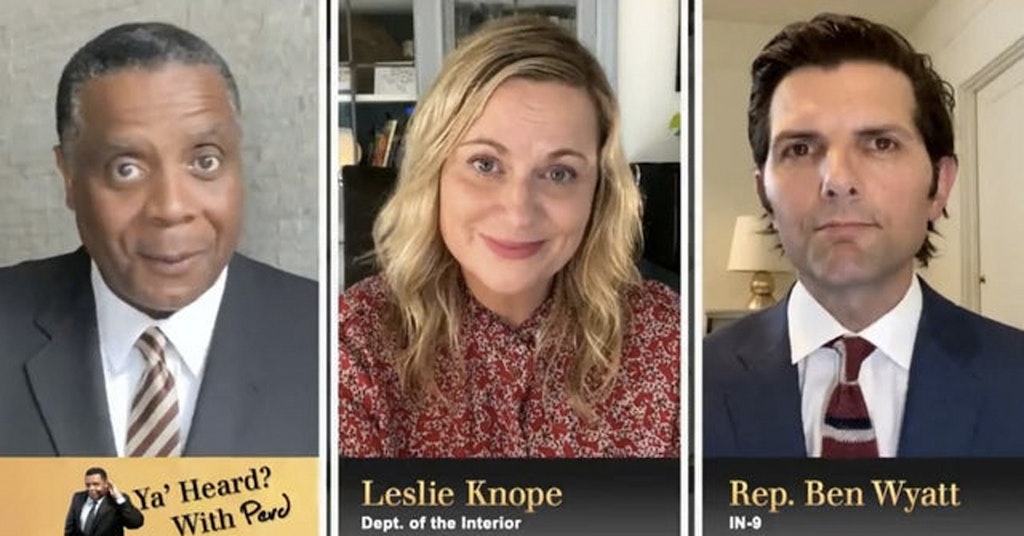 Conservative commentator Ben Shapiro got completely roasted after a failed attempt to lambast a fictional Democrat politician for mishandling taxes.

As Parks and Recreation gears up for its special one-off reunion special this week, the Democratic Congressional Campaign Committee (DCCC) tweeted a special welcome to Rep. Ben Wyatt (Adam Scott).

In the show, Wyatt’s background was that he became the mayor of Partridge, Minnesota at age 18 and was quickly impeached after mishandling funds in an attempt to build a winter sports complex called “Ice Town.”

Shapiro, in his constant quest to own the libs even when they’re beloved fictional characters, wasted no time pointing Wyatt’s past out on Twitter.

Even if it had just been left at that, it wouldn’t be a particularly solid burn…especially considering, again, that Ben Wyatt is a fictional character. But things got even worse for Shapiro when one of the show’s creators, Michael Schur, stepped in with some commentary of his own.

“We based that on Sarah Palin running Wasilla into the ground with her failed hockey rink,” he wrote. “Your party made her a VP candidate. Thanks for watching the show!”

Specifically, Palin increased taxes for her project, which cost $14.7 million and sent the town into extreme debt.

One of the biggest differences between the fictional story of the Ice Town Ice Clown and Palin’s reality was that the city of Wasilla didn’t actually manage to have a clear title to the land until long after ground was broken. They wound up in a lengthy court battle with the man who owned part of the land they built on, Gary Lundgren, and ultimately had to pay about $1.5 million for the land as well as Lundgren’s court fees. His portion of the land was only valued at around $21,000 prior to them breaking ground on the complex.

The other difference was, of course, that Wyatt got impeached after messing up and Palin wound up campaigning as John McCain’s running mate.

The interaction set off an incredible wave of responses.

It also isn’t the first time Schur has stepped in to defend his characters against conservatives.

Most notably, in 2018, he came after the NRA for using a gif of Leslie Knope (played by Amy Poehler), who was the protagonist of Parks and Recreation and ultimately Ben Wyatt’s wife.

“I would prefer you not use a GIF from a show I worked on to promote your pro-slaughter agenda,” he wrote. “Also, Amy isn’t on twitter, but she texted me a message: ‘Can you tweet the NRA for me and tell them I said fuck off?’”

Shapiro, meanwhile, has not responded to Schur’s tweet. It would be nice to believe he’s too embarrassed by this accidental self-own and has disappeared into the void to hide his shame, but in actuality, he’s too busy campaigning for the economy to reopen because it’s no big deal if everyone’s grandparents die.