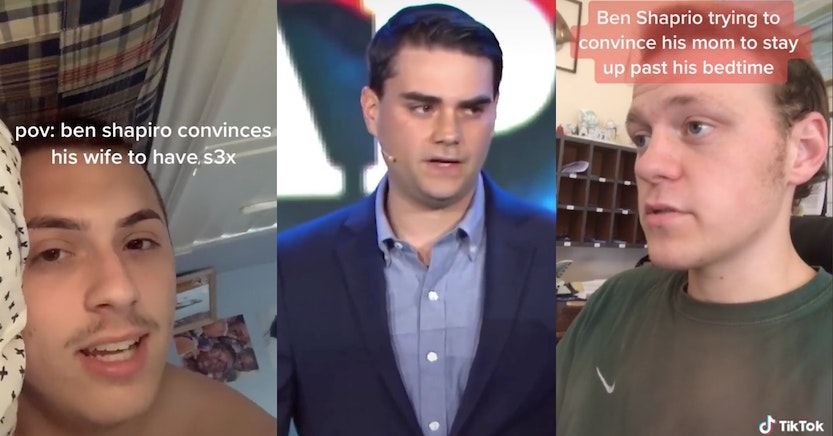 As easy as it is to forget Ben Shapiro, the right-wing podcaster whose sole reason for existing seems to be to attempt “owning the libs” in every meaningless way, even exists, he does have a way of rearing his head anytime there’s some minuscule controversy no one needs him wading into.

Most recently, Shapiro was trending outside his own dark corner of the internet for reading the lyrics to Cardi B and Megan Thee Stallion’s “WAP,” before eventually dunking on himself by saying his doctor wife told him that the genitals represented by the acronym would only be wet in the case of an unfortunate medical condition.

But apparently his absurdity has so captured the imaginations of the younger generation that mocking him on TikTok is actually becoming a new trend.

Videos of people pretending to be Shapiro and envisioning how he goes about day-to-day tasks in his undoubtedly unbearable way have started popping up across the platform. And while we’ve had enough of Shapiro himself to last ten lifetimes, if he must stick around, these spot-on impressions at least soften the suffering.

As much as we’ve failed the next gen by allowing Ben Shapiro to become relevant in any way in the first place, they’re sure handling it in a creative way. The kids are alright.