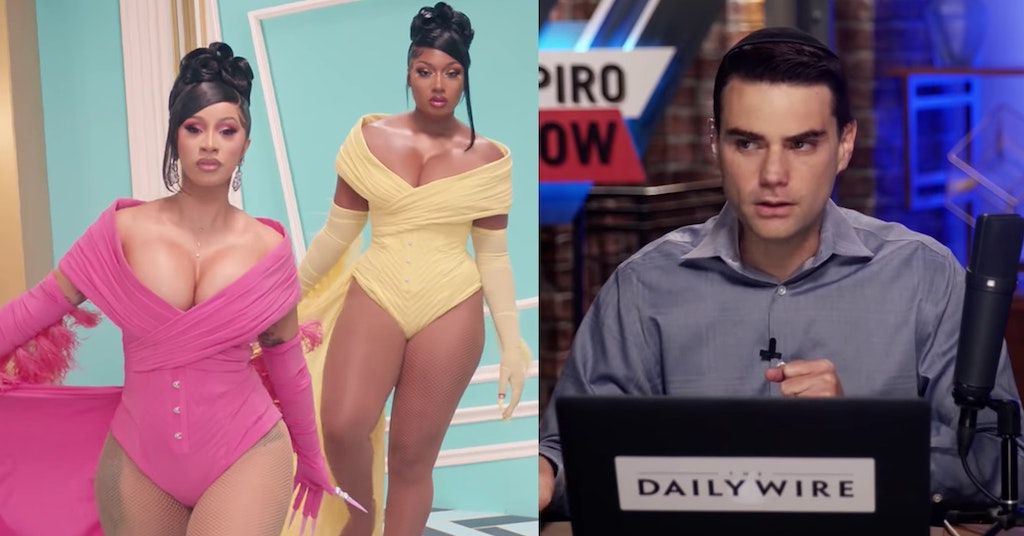 Cardi B and Megan Thee Stallion’s latest song, “WAP,” is an absolute smash. But as the ladies had the audacity to rap about having sex, and enjoying it, naturally a bunch of dudes have felt the need to jump in and condemn the whole thing.

Conservatives have been throwing stones ever since the song was released last week, with Congressional candidates taking particular delight in publicly denouncing the song.

But, never one to let a moment of outrage pass him by, Ben Shapiro decided to jump in and make things so much worse for all of us when he went on air and read the lyrics to the song.

As his entire identity is built around trying to own the libs, Shapiro also took a moment to complain about anyone equating sexual expression with feminism.

“This is what feminists fought for,” he snarked. “This is what the feminist movement was all about. It’s not really about, you know, women being treated as independent, full, rounded human beings, it’s about ‘Wet-Ass P-word.’ And if you say anything differently, it’s because you’re a misogynist, you see.”

While Shapiro’s idea of women as “independent, full, rounded human beings” apparently doesn’t include space for those women to have any sort of sex life or sexual expression the way men do, a follow-up tweet did incidentally give some insight into his own sex life when he expressed “concern” over ladies having that “wet-ass p-word.”

And unfortunately we’ve also been cursed with more than one remix of “WAP” ft. him.

Have fun with your nightmares, everyone!