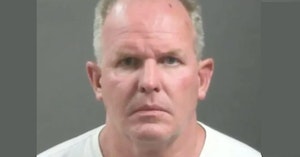 An executive at Beyond Meat, which makes plant-based meat substitutes, was arrested and suspended from the company after seemingly getting a hankering for human flesh.

Things aren’t quite as dire as they sound, but the jokes have basically been writing themselves after Doug Ramsey was arrested last week for allegedly biting a man’s nose during an altercation in Arkansas.

According to the police report, Ramsey was leaving the parking garage at Razorback Stadium after a game when a Subaru tried to pull in front of him and made contact with his front tire.

This apparently set Ramsey off, and he allegedly “punched through the back windshield of the Subaru” before getting into a physical altercation with the driver after he got out of the Subaru. And that’s where he is said to have “bit the owner’s nose, ripping the flesh on the tip of the nose.”

A police officer arrived to deal with the disturbance and take statements from both parties and a witness, and Ramsey was ultimately arrested on charges of terroristic threatening and third-degree battery.

The internet has had a field day with the idea of the COO of a company catering to vegans going in for a bite of an actual human being’s nose.

Ramsey only started working at Beyond Meat this past December, and has already been suspended following the altercation. There’s no word yet as to whether it’s because of the alleged assault or because he was spotted with a little meat in his mouth.