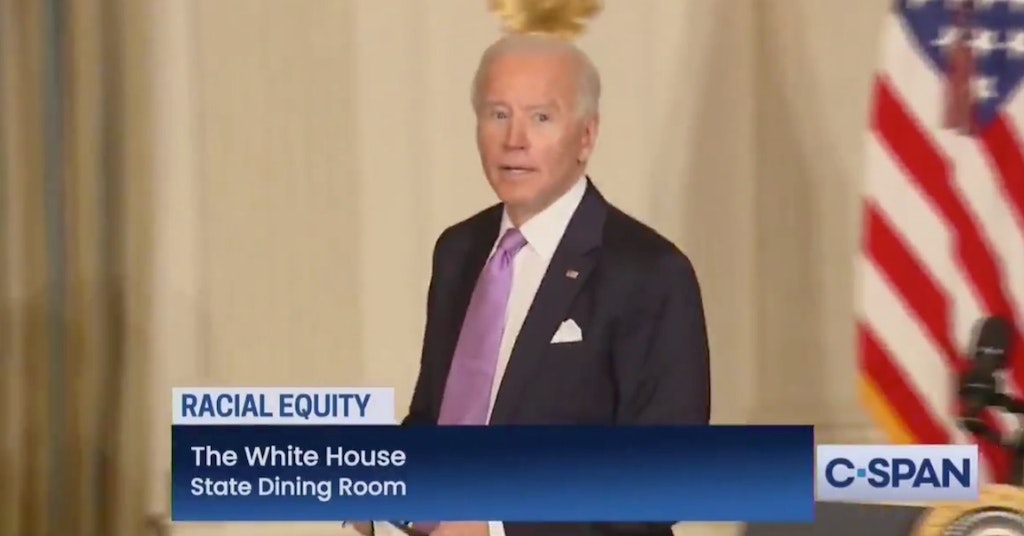 
Interactions with the press under President Biden have already taken a decidedly different tone than ones that occurred under former President Trump.

For instance, on Tuesday, Biden actually joked with a reporter who asked him a question, rather than launching a campaign calling the media the enemy of the people who are determined to work against him.

As Biden was leaving a press event, Fox News reporter Peter Doocy shouted out to ask: “Mr. President, what did you talk to Vladimir Putin about?”

“You,” he said, prompting laughter. “He sends his best.”

Doocy is new to West Wing, after former correspondent John Roberts left for bigger things at Fox. Some on Twitter have said he was clearly just looking for a “gotcha” moment of some sort from Biden, and he clearly didn’t quite get what he was hoping for.

It’s in line with the kind of questioning Doocy has already brought to the table in the days since Biden’s inauguration and his reassignment, so it’s not much of a surprise Biden just played around with him this time.

But mostly, people just loved seeing things kind of go back to business as usual at the White House — including Fox News not being treated as the most serious news organization in the room.

And lest anyone get caught up in worries that Biden is trying to dodge questions the way Trump did, plenty of folks pointed out that there’s already a readout of the conversation between Biden and Vladimir Putin on the White House website.

Transparency AND humor, you love to see it — especially when it’s at the expense of Fox News.