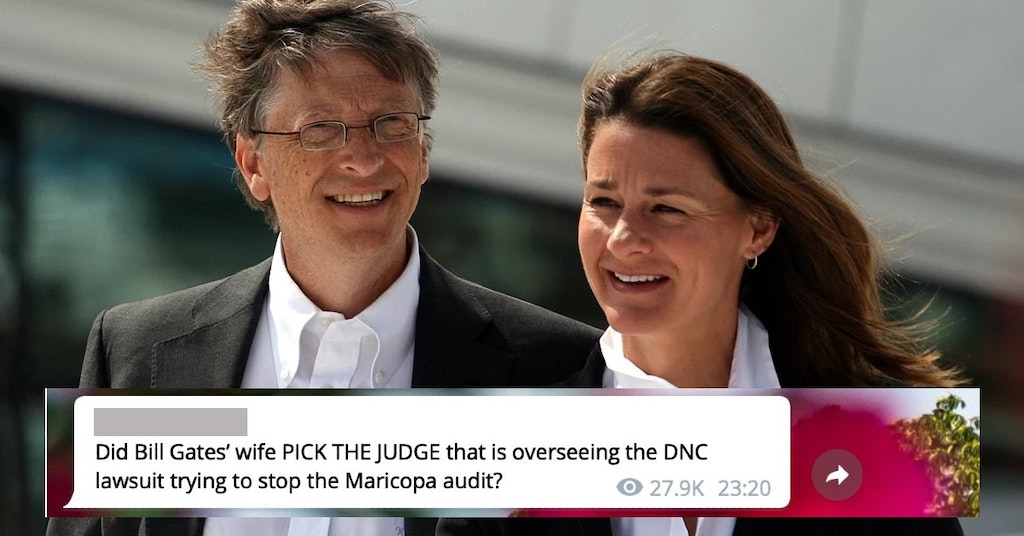 
QAnon message boards and Gabs and whatnot were whipped into a frenzy by the news that Bill and Melinda Gates are splitsville after being prime targets of the conspiracy theory group for about as long as it has existed thanks to its roots in anti-vaxxer nonsense.

According to a Vice report, there were so many threads and posts discussing theories about why two people decided to get a divorce after 27 years that their own fellow conspiracy theorists were begging each other to stop.

For no reason in particular, theories about this breakup are primarily coated in transphobia. Apparently, many QAnon believers think that Melinda Gates is either a trans woman or “really a man” or whatever, depending on how transphobic each individual may be.

In fact, many Qanoners apparently believe that the “current” Melinda is really a “male clone,” but we have yet to see an explanation for why Bill would go for the gender-assigned-at-birth (gender assigned at cloning?) swap for the clone replacement of his wife.

When it comes to the actual reason for the divorce, some have speculated that Melinda is leaving Bill for Anthony Fauci for some reason, while others believe it to be some kind of scheme to hide the Gates’ money from the authorities who will definitely come to arrest them for their super crimes any day now.

“FOLLOW THE MONEY,” says Telegram user Susan. “They divorce to secure some of their money, for when Bill Gates has his money seized by Trump for crimes against humanity, IMO.”

Others believe the divorce to be legitimate, with Melinda leaving Bill because she discovered the big secret evil that only QAnon knows about. This one comes to you courtesy of Alex Jones, who said that Melinda probably took off when she found out Bill was about to “kill more people than Hitler” on the latest episode of his infamous angry yelling show.

Meanwhile, some are connecting the divorce to their other latest obsession — the election audit/side show going on in Arizona that they believe will once and for all prove that the 2020 election was stolen from their messiah figure. This is due to the fact that one of the members of the Maricopa County Board of Supervisors is also named Bill Gates. Of course, this is complicated by the fast that Arizona Bill Gates is a Republican.

But for conspiracy theorists of this caliber, this is a small hurdle to clear.

It seems dubious that someone trying to pull off such a massive horrific murder campaign would be so careless as to put another Bill Gates is a key seat of power for his nefarious plans, but what are you gonna do? Regardless, when this latest Big Lie ploy inevitably fails, we know what Qanoners will blame this on.