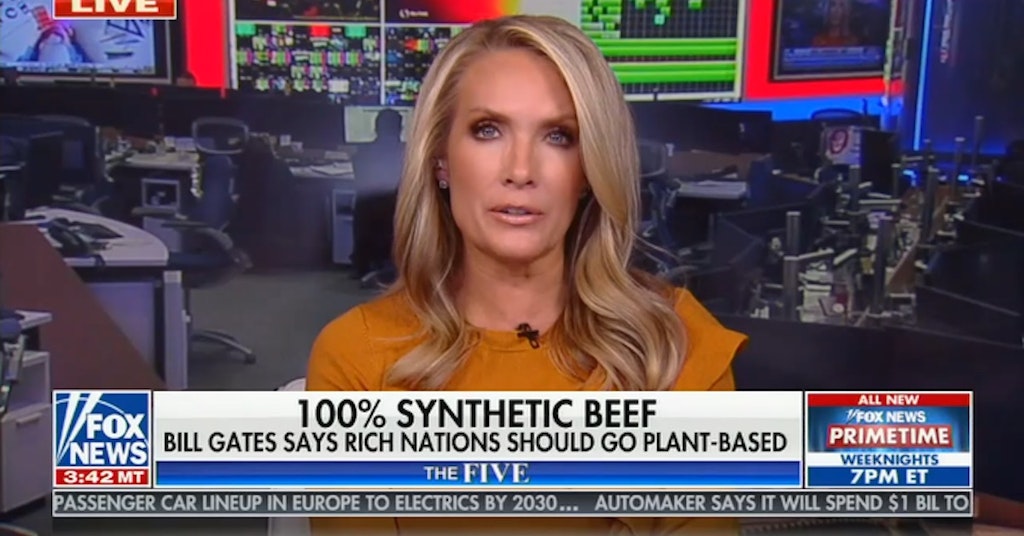 
Billionaire Bill Gates has a lot of ideas about what the future will hold, and he may be right about some of them. Considering how much money he has, he probably has the influence to make the world look pretty much however he’d like, eventually. In a strange switch, conservatives are suddenly all riled up about the fact that billionaires control the world.

Gates was interviewed by MIT Technology Review, who asked him about climate change. One of the ways Gates suggested methane production could be lowered is by the switch to synthetic beef over livestock production:

I do think all rich countries should move to 100% synthetic beef. You can get used to the taste difference, and the claim is they’re going to make it taste even better over time. Eventually, that green premium is modest enough that you can sort of change the [behavior of] people or use regulation to totally shift the demand.

So for meat in the middle-income-and-above countries, I do think it’s possible.

Naturally, this caused an absolute sh-t storm on Twitter. Conservatives started freaking out over the idea that Bill Gates would be kicking their doors in and wrestling the filet mignon out of their babies' mouths.

Rep. Lauren Boebert, most famous for threatening to bring a gun to Congress, jumped in with a picture of the giant raw hunk of meat she's having for lunch.

"Come and take it, Bill," she threatened.

More and more conservatives waved their meat in Gates' face, saying they'll never give it up, not even when we're underwater from the icebergs melting:

Relax, folks. In America, you can eat whatever you want! As long as you can afford it. We'll see how expensive beef gets in the next fifty years.