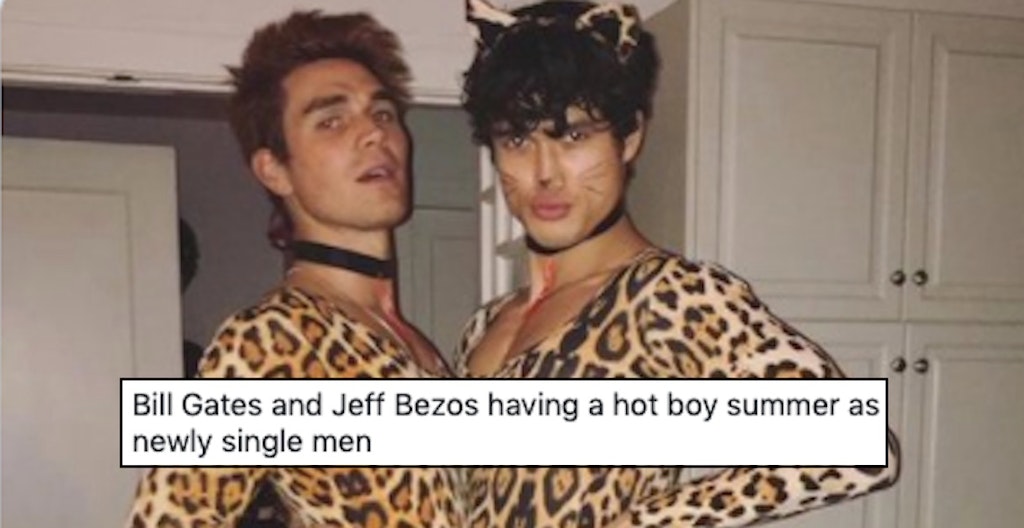 It was a shocking news day for the Internet when Bill Gates and Melinda Gates announced their impending divorce. The couple has been married since 1994, and met in 1987 when Melinda began working as a Microsoft product manager, the Associated Press reports. They both released the same statement on Twitter, which reads:

“We have raised three incredible children and built a foundation that works all over the world to enable all people to lead healthy, productive lives,” they said in a statement. “We ask for space and privacy for our family as we begin to navigate this new life.”

Usually, a couple’s business is their business, but the Gates are both famous and enormously rich, with a fortune valued at $130 billion. That means they’re the fourth richest couple in the world, and their foundation is incredibly influential.

And that’s not the only reason Bill Gates is in the news: though he is richer than any one person could possibly have a need to be, he has refused to share vaccine patents, even in India, where the COVID-19 virus has become a humanitarian crisis. Many are accusing him of prioritizing profits over human life, which is basically how people become billionaires in the first place. Maybe he’s getting divorced to change the story, who knows!

With that in mind, it’s great to see the Internet make fun of him, even if it’s the least of what he deserves. Fellow, slightly wealthier, billionaire Jeff Bezos was also recently divorced, so that came up a lot in all the memes about the two men having their hot girl summer together. I do wonder if they hang out. Seems like they have a lot in common.