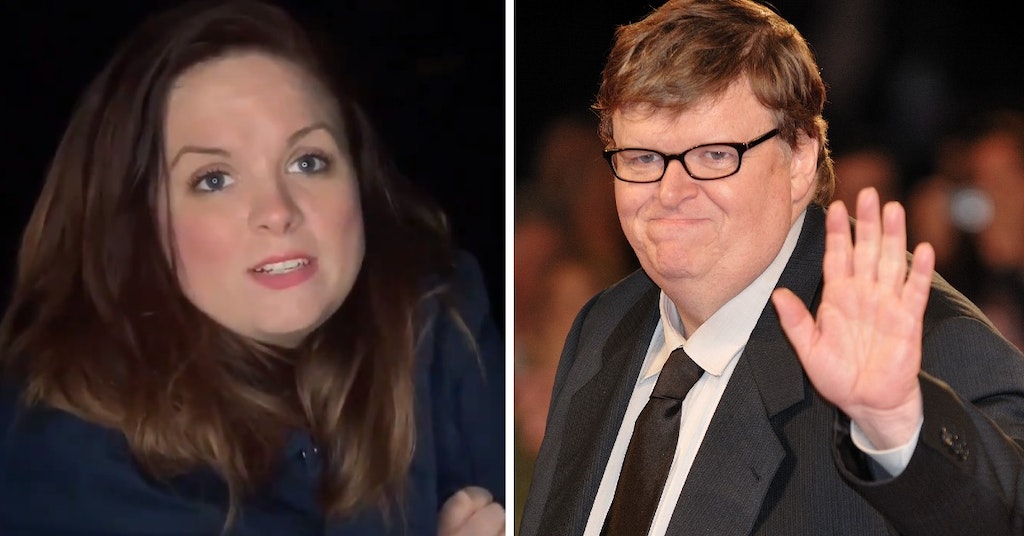 Comedian Blaire Erskine, known for her videos in which she imitates Trump supporters, recently made one poking fun at the Nebraska Trump rally attendees who got left in the freezing cold for hours that was so convincing, Michael Moore thought it was real. In fact, her feigned commitment to the current president had the documentary director scared that it could signal another Trump win.

“How did Trump win?” he asked. “If we have to keep asking then we don’t get the commitment of his voters. 10s of millions of them will vote Tues. They’d walk ‘750 miles’ in the freezing cold ‘just to hear him speak.’ I wouldn’t do that to hear Bernie, Biden or JC himself. THAT’s how they win.”

In reality, those who attended the Trump rally at the Omaha airport only had to walk a couple of miles back to their car after poor planning on the part of the campaign resulted in delayed busses struggling to get up a single access road. Maybe some of them would have walked 750 miles, but not Erskine, who only plays one on the internet.

“I’m having a great time, I can’t feel my body, but I don’t really need my body,” says Erskine in her parody video. “This is about Trump’s body.”

“I think he did this to teach us a lesson. I really do. What was that lesson? That’s not really for me to know, and that’s pretty nasty of you to ask,” she says to the “interviewer.”

Moore can be forgiven for being nervous about the devotion of Trump supporters, however, considering how close Election Day is and the fact that some actually believe he was sent by God. He’s not the only one who was fooled, either, which either speaks to how ridiculous Trump supporters can be or Erskine’s skill. Maybe both?

Either way, people who got the joke thoroughly enjoyed it, with the video quickly racking up over four million views.