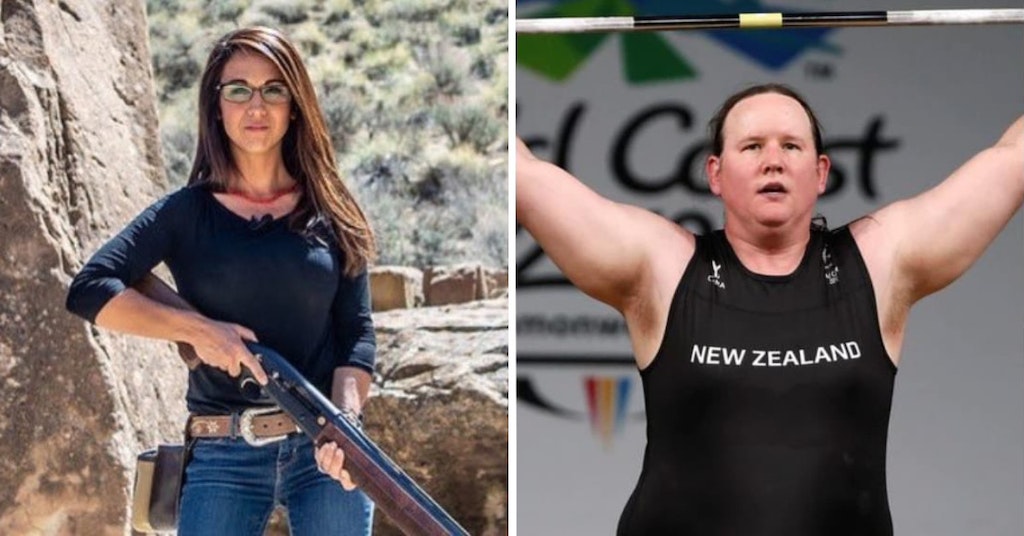 The 2021 Olympics in Tokyo will enjoy an athletic performance by its first-ever transgender athlete, Laurel Hubbard of New Zealand, who will compete in weightlifting competitions alongside her fellow female lifters starting in late July. Predictably, right-wingers have a big giant problem with this because they refuse to acknowledge that Hubbard is a woman and have declared it “unfair” for her to be competing with her fellow ladies in spite of the total lack of real-world examples of trans women having a physical advantage over cisgender women.

One of these conservatives is gun rights advocate Representative Lauren Boebert. The Colorado congresswoman attacked Hubbard in a tweet misgendering her as a “biological male” because she might beat the American competitor in what has been deemed a fair competition by the people who actually work for the Olympics.

“Olympic weightlifter Sarah Robles is the first American to win a medal in the sport since 2000,” Boebert tweeted. “In the upcoming Olympics, Sarah will be competing against a biological male from New Zealand who previously competed in men’s weightlifting competitions.”

Boebert did not go on to explain how or why this is wrong or why Hubbard should be kept out of the competition. She merely included an image of both the U.S. and New Zealand competitors, doubled down on her misgendering, and called it the “woke Olympics.”

Since they’ve been forced to acknowledge that trans people exist, U.S. Republicans have pushed the false narrative that trans women, in particular, could have an unfair advantage over cis women in sports, ignoring the biological reality that testosterone levels and other factors affecting physical prowess vary widely in individuals regardless of gender. All this has ever seemed to accomplish is making the lives of trans people even more miserable than society already makes them and hindering the athletic careers of cis women who happen to produce more testosterone than most.

After getting ratio’d, Boebert declined to learn anything and instead posted a follow-up tweet claiming to be the most “pro-woman” for attacking an entire section of women.

Perhaps something that might be more “pro-woman” would be supporting abortion rights or the Violence Against Women Act or an equal rights amendment for women, but Boebert opposes all of those things.

Among all the other points brought up, Twitter users replied to Boebert to inform her that Robles can currently lift more than Hubbard regardless of the trans athlete’s assumed advantage.

Many others felt that perhaps Boebert has more important things to focus her energy on aside from sports competitions happening in Tokyo, such as anything that might have an actual impact on the people she’s supposed to be representing.