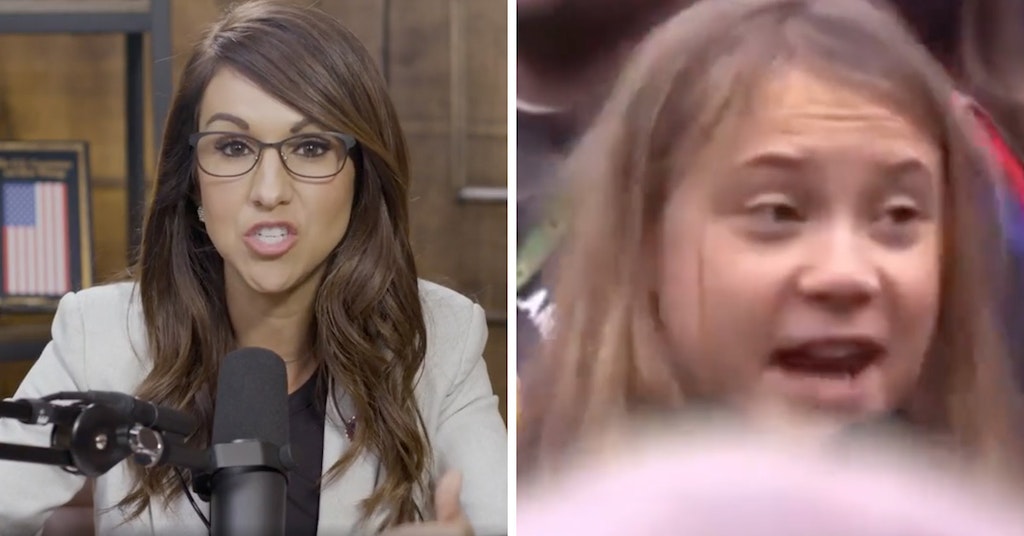 Rep. Lauren Boebert (R-Colo.) has built quite the reputation for herself—as not only mean-spirited, racist, and transphobic, but also pretty stupid. You’d think she’d at least try to stop and think before tweeting, at this point. You’d be wrong, though. Just ask teenage climate activitist Greta Thunberg.

On Monday, protesters gathered outside the COP26 UN Climate Summit. Thunberg, who was among them, at one point gave a speech, which included the catchphrase, “No more ‘blah blah blah’,” intended to characterize officials’ handling of the climate crisis as all meaningless excuses and nonsense talk—as opposed to taking significant action to save the planet.

The crowd cheered Thunberg’s remarks, and so did much of Twitter.

After all, governmental and decision-making bodies are pretty notorious for talking a lot while getting very little actually accomplished. The concept is pretty familiar, the world over.

But Boebert, naturally, decided to insert herself into the dialogue by attempting to mock the teenage climate activist.

And, as usual when Boebert opens her stupid, hateful mouth, the internet immediately began to self-correct.

Perhaps Boebert is simply trying to emulate her personal idol, Donald Trump, who couldn’t seem to stop himself from constantly attempting to bully young Thunberg—you know, back when he was allowed on Twitter. You don’t have to be an environmentalist expert to know that birds of a feather flock together.