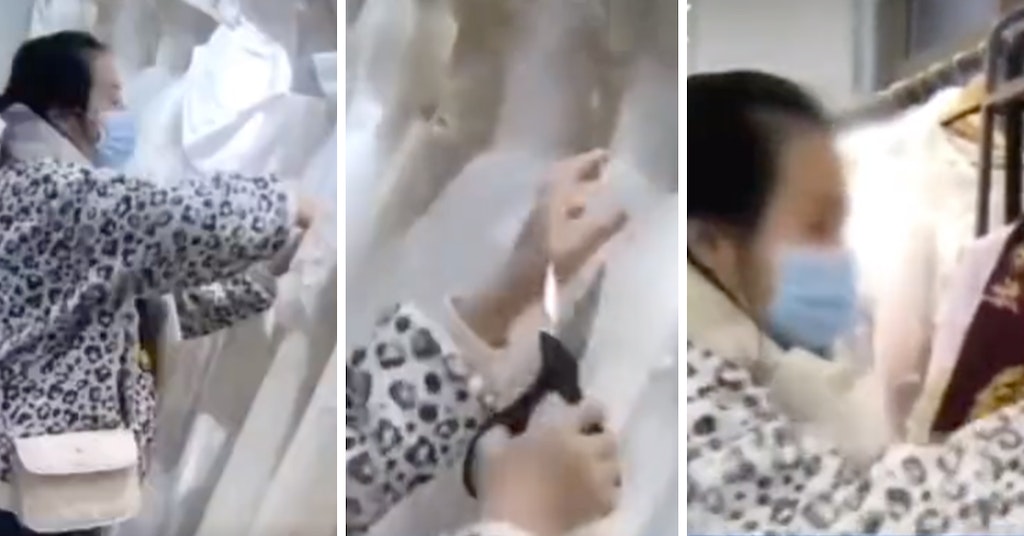 A bridezilla went on a proper rampage after a store refused to return her deposit.

Video showing a woman tearing through pricy dresses in a bridal salon in China has gone viral in recent days. In it, she moves casually from dress to dress on the rack, cutting at them with scissors while the person recording, presumably someone who works there, tries to convince her she’s only causing trouble for herself.

“Think clearly,” the person behind the camera tells her, according to Insider. “These dresses cost several thousands of yuan.”

The woman reportedly purchased a wedding package from the shop in April 2021 but then postponed her wedding in August. By November, she had canceled it outright and demanded a refund. The shop held onto her $550 non-refundable deposit, and the woman didn’t take that too well.

Rather than simply let it go, she opted to wreak havoc and put herself in a situation where she would have to pay much, much more than $550 in damages — the total cost of the ruined dresses came out to around $11,000.

According to the Daily Mail, the shop told Chinese outlet Sohu that while they don’t return deposits for events, they did offer to put it towards catering a child’s birthday party for her.

Clearly, she had something else in mind.