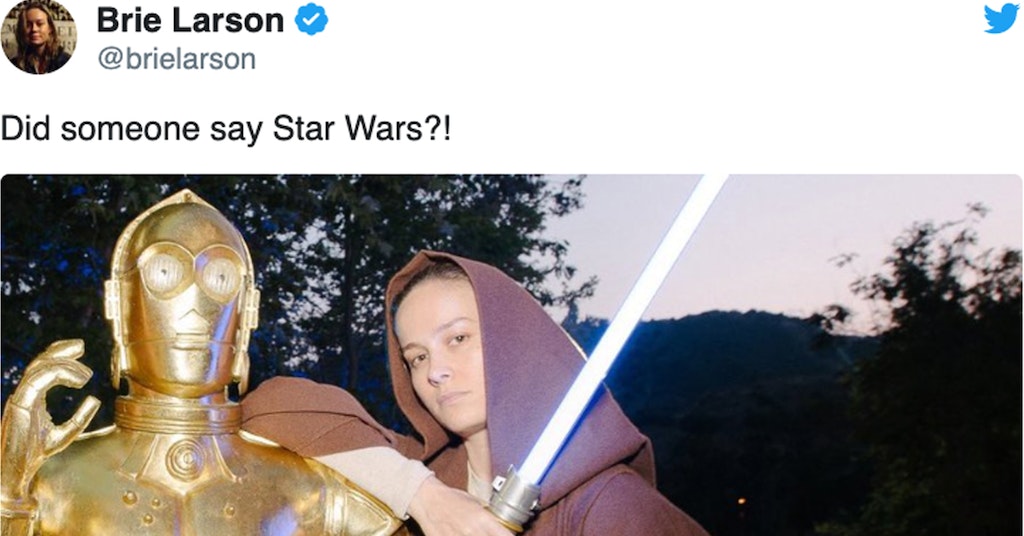 Actress Brie Larson, otherwise known as Captain Marvel, is a divisive figure for some. Well, for sexists. Larson is open about her political opinions and she’s pretty liberal.

During the Oscars a few years ago, she deliberately stood back and didn’t clap when Casey Affleck won an Academy Award for Best Actor in Manchester by the Sea. Affleck has been accused of sexual harassment by multiple women who have worked with him on set. Larson clearly didn’t want to celebrate him, no matter how good an actor the Academy thinks he is.

Her role as Captain Marvel has also been weirdly politicized by nerds who think the MCU should be devoid of any kind of political commentary. Captain Marvel is kind of a badass and in Endgame she helps save the day and is pretty much stronger than all the dudes, even Thanos. Some men find that threatening, even though it’s not like Larson created the character. She’s just the performer. This doesn’t stop them from hating, though.

And then she posted this:

Did someone say Star Wars?! pic.twitter.com/e6vVm5wW2p

Hey, if I worked for Disney and had access to a Jedi costume, you better believe I’d get dressed up and lean on C3PO. Who wouldn’t? I know who would as well—all the guys who are now criticizing Larson for touching their precious, precious Star Wars memorabilia. They seem to think Larson is implying she’s going to appear in the series, or wants to so that she can “ruin” it:

Much success, doesn't mean automatically that it's good… Many watched Cpt. Marvel not because but in spite of Brie Larson.

I know the Stan’s are about to Ratio me and call me a man baby but pic.twitter.com/y58PF7NT9M

But she also has her fans, supporting both the idea that she join the cast of Star Wars as well as her trolling these manbabies:

Either one, I’m on board with Brie Larson. Will clap for her at any and every ceremony.