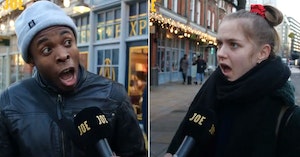 Video: British People Guess How Much Basic Healthcare Costs In The US And Get It So Wrong

In a video going viral on Twitter, people off the street in the U.K. attempt to guess how much basic healthcare like inhalers, ambulance rides, and having a baby costs in the U.S. As you might expect, their estimates tend to be way off and their reactions to the reality involve a lot of dropped jaws.

In the video, made by the U.K.’s news media company JOE, young British people react to finding out that inhalers across the pond cost $250 to $350 apiece, with one woman summing up U.S. healthcare in a single, simple sentence.

Even an older man get it extremely wrong when he tries to guess the cost for two EpiPens, the emergency life-saving shots that reverse deadly allergic reactions. He guesses $80, and the face he makes when he’s told it’s $600 kind of looks like the face you might make if your throat was closing up and you were desperately trying to suck in air. 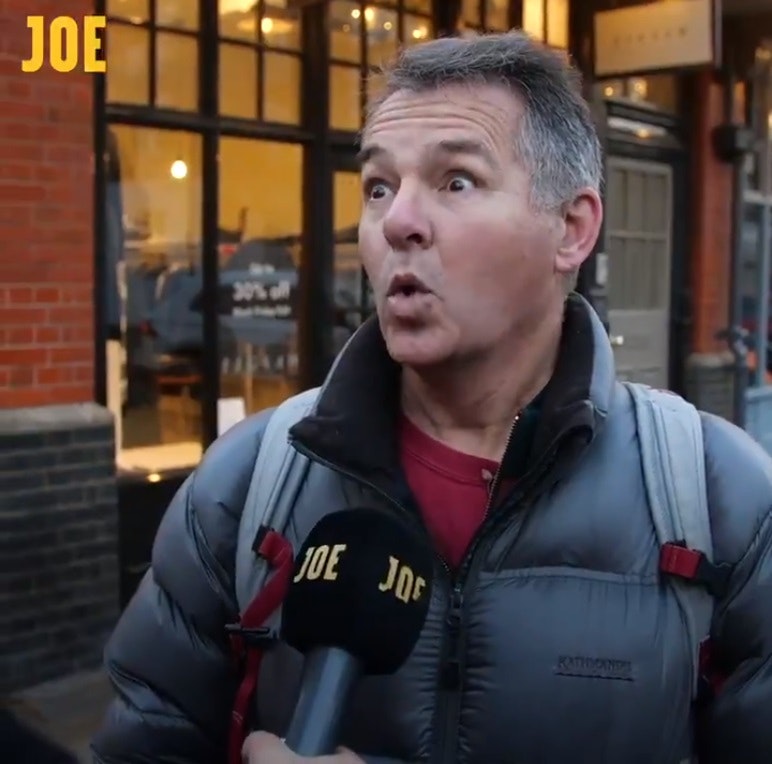 They were especially surprised to find out that not only are you charged for ambulance rides in the U.S. in the first place—the charges average $2,500. The “if you’re poor, you’re dead” woman was also shocked to find out that U.S. residents have to pay just to hold their babies after birth, getting charged $40 for “skin to skin contact.” Meanwhile, the average total cost of giving birth in the U.S. is $10,000, with the upper range reaching $30,000.

The most common question evoked by these revelations was simply, “Why?” “That’s a very good question,” said the interviewer.

The end of the video is dedicated to the British individuals expressing their fondness for the NHS, the U.K.’s universal healthcare system.

“I didn’t know how much free healthcare we got like just off the bat,” said one man. “But knowing you have to pay like $30,000 for a child, it’s outrageous. It really is ridiculous. So thank you NHS, for all your hard work.”

Actually, what it really ends with is that amazing young woman calling the people profiting off of the U.S. healthcare system “bastards.”

Commenters on Twitter resoundingly agree, and of course, those from the U.S. are adding their own healthcare cost horror stories.

As an American, yes, our healthcare is an outrageous joke. Had a miscarriage over the summer and just to set foot in the ER was $2000. Total bill was nearly $4k. “Sorry you lost your pregnancy, here’s an enormous bill.” Thank goodness we have decent insurance.

I went in for my annual physical and my doctor did an ultrasound as a precaution. My insurer, Cigna, is now trying to charge me $700 for it and arguing it was medically unnecessary. You don’t want this

I was a Lyft driver for a little bit and I took several people to the ER because they couldn’t afford whatever random fortune the insurance co wanted to cover an ambulance ride.
What’s worse is that the EMTs driving the ambulance & helping people make only $20-25/hour.

Children Hospital in St. Louis MO. Cost over 250,000 for 4 days of observation. We were charged 2 grand for blankets. They said she can’t leave till she poops. All the other babies in blue boxes while mine chills in a crib. 30k for fuel for a 30 min heli ride. 35k for the ride.

Another kid fainted due to vasovagal syncope, quick checkup: $1090 OOP.

Fight for your healthcare system, Brits. Don’t be like us.