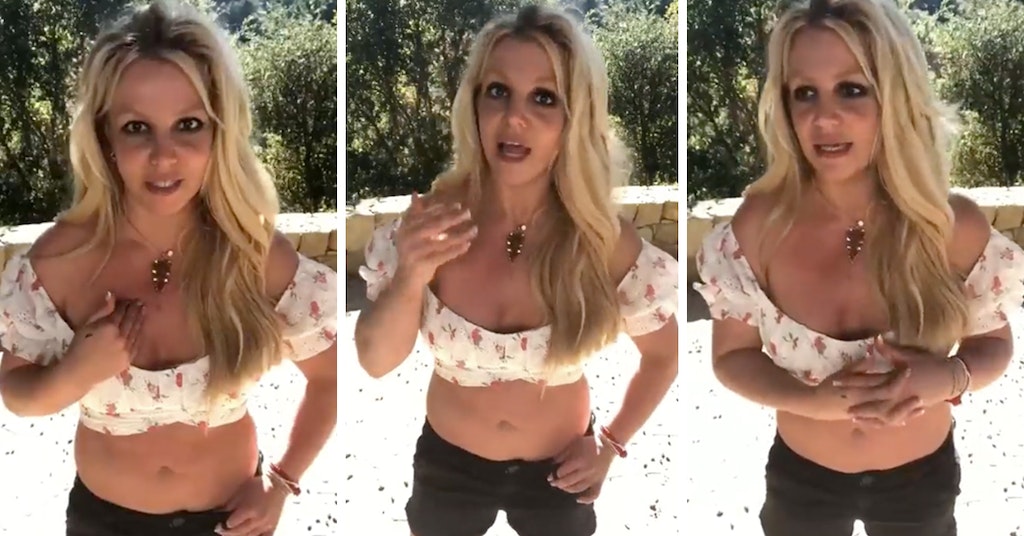 Britney Spears is free from her conservatorship after a whopping 13 years and starting to speak freely for the first time in all those years.

The iconic pop singer posted a video to social media on Tuesday answering what she says is one of the most common questions she’s been asked since being freed to make her own choices just days ago — what is she going to do now?

“I’ve been in the conservatorship for 13 years,” she said. “It’s a really long time to be in a situation you don’t want to be in. So I’m just grateful, honestly, for each day and being able to have the keys to my car and being able to be independent and feel like a woman. Owning an ATM card, seeing cash for the first time, being able to buy candles — it’s the little things for us women, but it makes a huge difference, and I’m grateful for that. It’s nice.”

On Instagram, Britney’s caption to the same video got even more serious, calling the conservatorship “demoralizing and degrading” and suggesting that the people who ran her life should be in jail for the things they did to her, “yes including my church going mother!!!!”

She then took the opportunity to thank her most devoted fans, who spent time cultivating the “Free Britney” movement and brought so much attention to her plight that everyone realized what was happening.

Britney also expressed that she hopes to “be an advocate for people with real disabilities and real illnesses” and that her “story will make an impact and make some changes in the corrupt system,” while also hinting that she might sit down with Oprah to have a proper chat now that she’s free to speak about her experiences.

Fans were thrilled to see her post a video after the end of the conservatorship, and cheered the singer on.

Whatever comes next for Britney, everyone so invested in her story can be thrilled knowing that at least it stems from her making her own decisions.