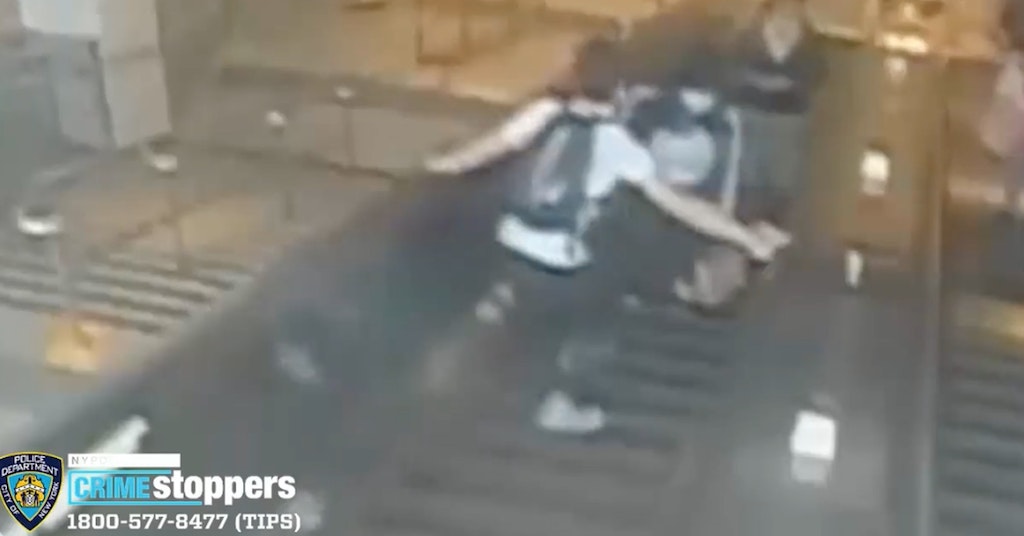 A violent assault on the New York City subway has resulted in an arrest after video of the suspect went viral.

Earlier this month, a woman was riding the escalator in the Atlanta Ave-Barclays Center Station in Brooklyn when she says a man shoved past her.

“There was someone that brushed past me, like pushed me to the side and it was this guy and I told him real quick, ‘say excuse me,’” she told NBC New York.

Security camera footage from the station showed only three people on that particular escalator at the time. A guy does walk past a woman, then turns around before suddenly lashing out, sending a kick straight to her chest.

The woman tumbled all the way down the escalator from the force of the blow, past another passenger, as the man calmly turned back around and kept walking.

She ultimately suffered minor injuries across her body from the fall, but reportedly declined to seek medical attention.

The footage went viral on Twitter and TikTok as NYPD asked anyone who recognized the man or knew more about the incident to come forward. Roughly a week after the assault took place, police arrested 32-year-old Bradley Hill and charged him with assault and attempted assault in relation to the attack.

The woman told ABC7 that she was traumatized by the experience, adding that she felt “lucky” she wasn’t dead or unconscious after the assault in conversation with NBC New York.

“I’ve never seen him before, and I hope he’s never seen me before,” she said. “And I hope I never see him again.”