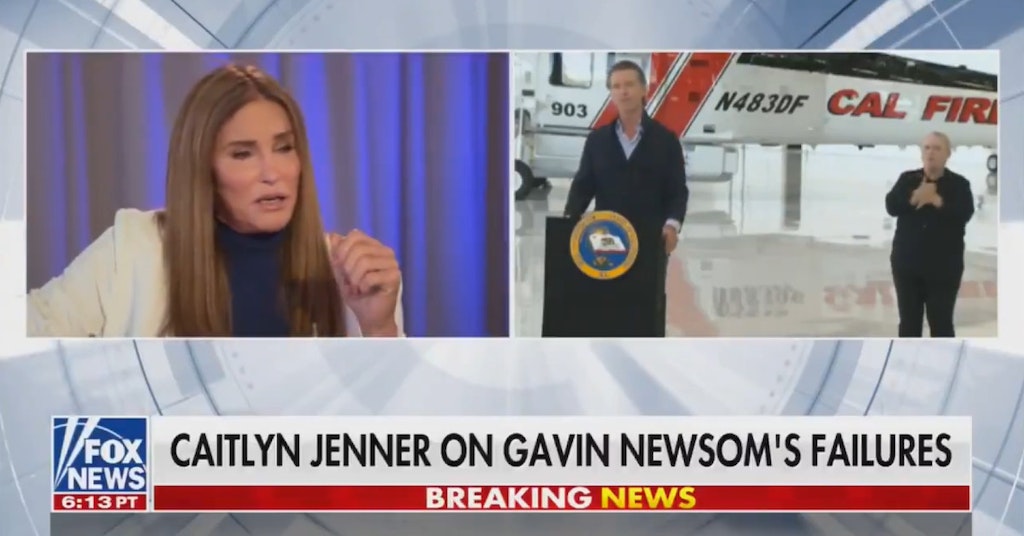 After a campaign to recall current California Governor Gavin Newsom got enough signatures to head to the ballot, potential Republican candidates to replace him have come out of the woodwork to take their shot. This includes former Olympic athlete and reality TV star Caitlyn Jenner, who could become California’s first transgender governor.

First, however, she may need to work on her public relations, as many were not pleased with what she had to say about the many homeless individuals living in her state during an interview with Sean Hannity on Fox News.

“My friends are leaving California,” she said. “My hangar, the guy right across, he was packing up his hangar and I said, where are you going? And he says, ‘I’m moving to Sedona, Arizona, I can’t take it anymore. I can’t walk down the streets and see the homeless.'”

Many average people in the U.S. who will never have the experience of packing up their hangar, which we normies have to assume is for private jets, in order to escape the very sight of the poor were not big fans of this statement. It seemed a little out of touch with the vast majority of those who live in California.

A recent federal report found that the homeless population of the state was at 161,548 in January 2020, just before the pandemic, which represents a seven percent increase from the previous year. Job loss and insufficient eviction moratoriums during the pandemic have almost certainly increased that number further since then.

While rich people like Jenner may find the biggest problem with this to be the fact that sometimes they have to lay eyes upon homeless folks, others are more concerned about the fact that the avoidable deaths of those living on the streets increased over the same period by 32 percent.

“I don’t think we could have done worse in addressing homelessness,” said president and CEO of the Union Rescue Mission in Skid Row Andy Bales.

Others have correctly pointed out that a disproportionate number of homeless people in the U.S. are trans, which is something that might be relevant to Jenner. Her campaign has been something of a surprise during a time when the Republican party is currently pushing an unprecedented number of anti-trans bills after a whole lot of years barely acknowledging that they exist except to misgender and mock them.

“Republicans and Fox News pundits have spent the last 10 years advocating for discriminatory legislation targeting transgender people,” wrote Rep. Ilhan Omar. “Now they are all in for a transgender candidate, what gives?”

As the clip of Jenner’s comments has spread on Twitter, many users have expressed fierce criticism of the aspiring California governor.