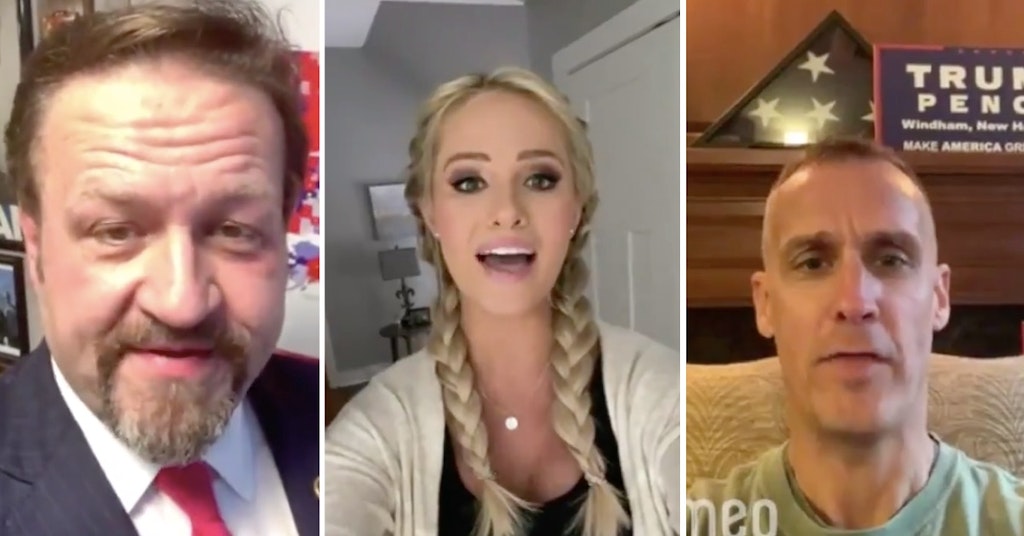 Regular Donald Trump fans keep on following him no matter how many times he leaves them out in the cold (literally). People further up in his administration or with a bigger celebrity following themselves are a little different. They’re looking out for number one and lining their pockets anyway they can.

One of the easiest ways for a MAGA-famous shyster to make some quick cash is on Cameo, a platform where people can pay users on it to say what they wish. There are definitely limits, which the famous to semi-famous people on it can set, and for the most part, people just ask for birthday wishes and stuff like that.

Now mischief-makers have found another use for it. Twitter user Ali Asghar shared a compilation video of MAGA people on Cameo thanking “Ilbis” for supporting Donald Trump and MAGA.

Iblis is the word for Satan in Arabic.

“Thank you so much, Iblis, for supporting Donald Trump and MAGA!” person after person says, including Tomi Lahren, Sebastian Gorka, Corey Lewandowski, and Sheriff Joe Arpaio.

Ali pointed out that this isn’t the first time some of these people have been duped:

And others have been got in other ways:

Some people don’t seem to think this whole trick is fair…to Satan.

True. Don’t drag Satan’s name into this mess, in any language.