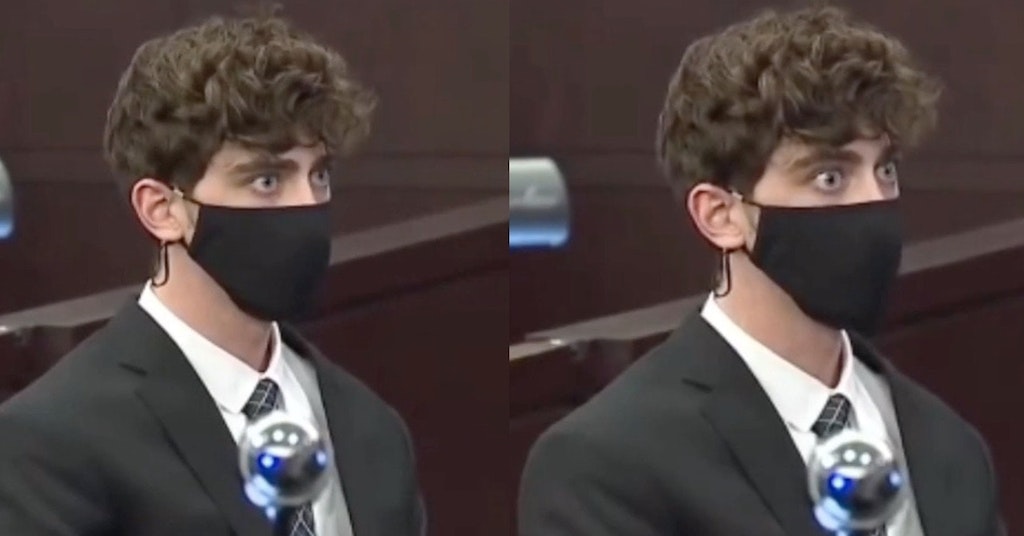 TikTokers have taken up a new cause, championing a 21-year-old sentenced to prison after killing a mother and daughter in a street racing accident. Why? Because they think he’s “too cute.”

Cameron Herrin’s image went viral in April during his sentencing, where he was clearly shocked to receive 24 years in prison after pleading guilty to vehicular homicide. In 2018, Herrin was going 100 miles per hour while racing another driver through a residential area in Tampa, Florida, in broad daylight. He crashed into 24-year-old Jessica Reisinger-Raubenolt and her 21-month old daughter, Lillia, killing them both.

David Raubenolt, the husband and father who lost his family thanks to Herrin’s actions, was clear during the sentencing that he doesn’t feel Herrin has shown accountability or remorse for what he did, calling 24 years “appropriate” for his crime.

But some people on the internet disagree. #JusticeForCameron and #cameronherrin have trended across TikTok, as “fans” of the killer demand a lighter sentence, generally based on the idea that he’s too attractive or looks too innocent.

TikToker Hannah Kosh did a quick explainer on the case and the hashtag, throwing out examples of some of the things people have been saying.

“Poor boy I hope they will 4give him, he looks innocent,” reads one comment Kosh highlighted. “He doesn’t do [it] on purpose.”

“You’re too cute. I fall in love with a criminal,” says another, addressing Herrin directly.

One of the many, many videos in support of Herrin says that “chances should be given and he deserves it.” Quite a few others feature heartbreak emojis and sad music, suggesting sympathy for him with, of course, no mention of the lives he destroyed.

While over 28,000 people have signed a Change.org petition pleading for a lighter sentence, the support for Herrin has also sparked a backlash from people who are appalled by the obvious privilege at play.

“People who sided with him just because he good looking, yall really need to meet a therapist,” reads a comment on one video showing support for Herrin’s victims.

Meanwhile, Charlie Puth told one Herrin supporter not to use his music “for this shit” in response to a pro-Herrin video they posted.

A number of people also pointed out that the cries for Herrin to get a second chance are too late — the judge in his case cited his record of excessive speeding as part of why the sentencing was so harsh.

All the same, Herrin is appealing the sentencing, and he’s doing so with the support of far too many TikTokers who are sad to see a pretty boy face consequences for his actions.