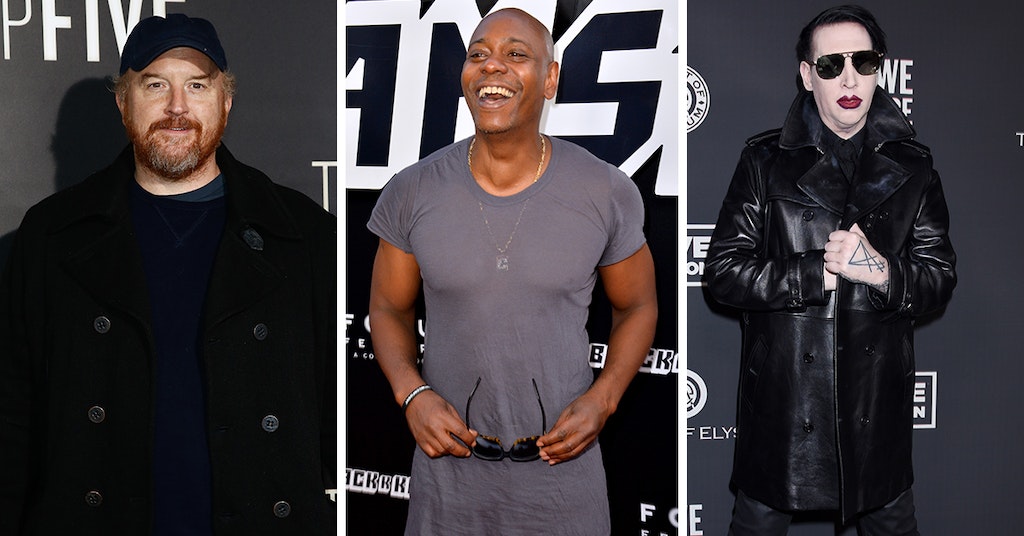 The Grammys are approaching yet again and there are a few key nominations that have people who think using positions of power to harm others is bad raising their eyebrows, to say the least, after watching others lament their criticism of things like sexual assault and transphobia as “cancel culture.” It becomes a little difficult to believe that there is a real threat of ruining the careers and lives of famous people by complaining about the real harm they’ve caused when Louis C.K., Dave Chappelle, Marilyn Manson, and Kevin Hart all nabbed Grammy nominations.

Both Louis C.K. and Marilyn Manson have been accused of sexual assault, harassment, and abuse by multiple women, with the only real consequences being that Louis C.K. faded from public view for a little bit. However, it was barely more than a year after the comedian faced the exposure of his behavior that he was touring again, no apology or restitution given. Manson, on the other hand, hasn’t even taken a time-out in spite of a lengthy exposé in Rolling Stone detailing his abusive behavior.

Yet the formula persists. Every time a celebrity is accused of bad behavior, or had undeniable bad behavior exposed, or gotten on stage to drop transphobic slurs and personally spike the rate of harassment against trans people, complaints are met with cries of “cancel culture.” With this year’s Grammy nomination list, those who refuse to look the other way when harm is committed, even by people they might like or admire, are adamant that cancel culture is fake — nothing more than a whiny deflection letting them avoid taking responsibility for their actions.

The result is a whole lot of snark on Twitter from people who are understandably bitter after years of the same narrative playing out time and time again.