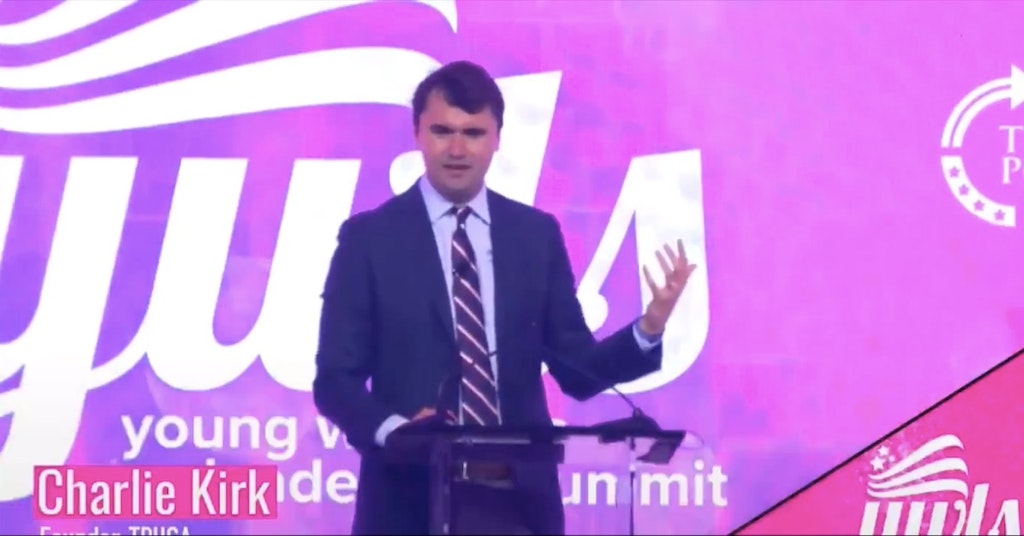 Turning Point USA founder Charlie Kirk is a passionate Donald Trump supporter and one of Fox News’s favorite guests. Salon reports that Kirk made some remarks while at TPUSA’s annual “Young Women’s Leadership Summit” in Dallas, Texas, on Friday that even he seemed to realize went too far. During his “speech,” Kirk compared the ability to get marijuana delivered to your house to “slavery.” The comparison is offensive, but also extremely confusing.

“And here’s why, because we live in an abundant society. We live in a place where you can have, literally, weed delivered to your front door. It’s like, ‘What?’ And somehow, ‘Oh that’s liberty,'” Kirk said, in a video posted by Salon’s Zachary Petrizzo.

“No, that’s actually slavery!” he continues.

He then seems to hear the words that just came out of his mouth and tries to clarify, but not much clarification comes.

I think I speak for us all when I say, huh? Though most people mocking Kirk focused on the slavery comparison:

This might be the most attention that Charlie Kirk has gotten from young people in a while.