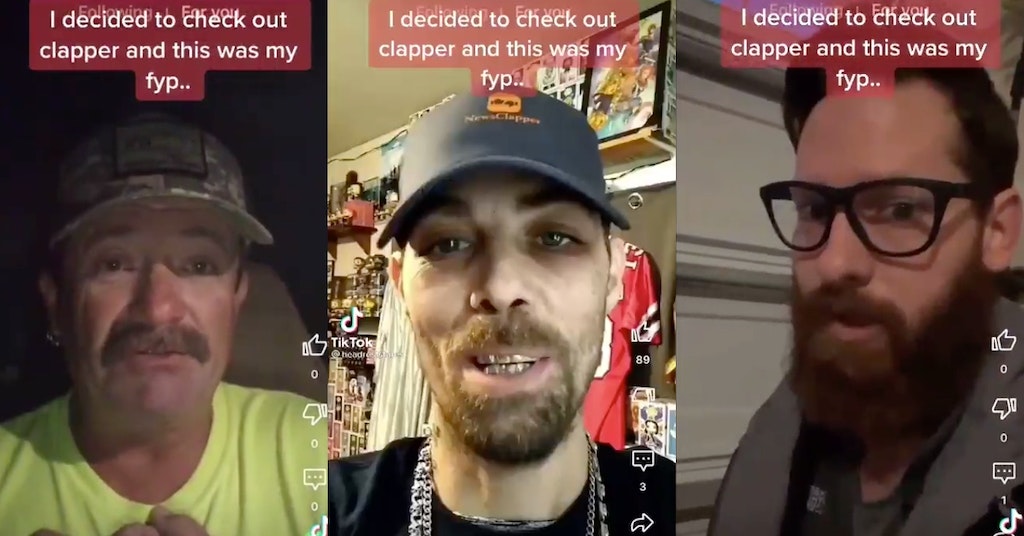 Clapper Is The Terrifying Rightwing Alternative To TikTok


Right-wingers are fed up with mainstream social media. They’ve come to believe sites like Twitter and Facebook infringe upon their rights by adding fact-check commentary to thoroughly disproven fringe conspiracy theory articles, or banning neo-Nazis, or refusing to allow them to organize a violent uprising against the government on their platforms. So they create new places all their own, like Parler.

And it turns out they’re also trying to replace TikTok with Clapper.

It’s unclear what specific grievances conservatives have against a social media service that showcases short videos, but some are staging a (minor) exodus to a platform called Clapper, which describes itself as a “free speech video platform dedicated to expressing your views.”

If you look for the site via Google, you’ll find it wedged in between links regarding The Clapper, the sound-activated light switch that was popular in the '80s and '90s and is largely unused today.

One TikTok user decided to check out the "rival" site, and shared the equivalent of TikTok’s "For You Page"—recommended popular videos—that they were hit with upon signing up. The results are…well, this is one you just have to watch.

Now, there are all sorts of videos and all sorts of people on TikTok. You can find videos like those anywhere. But Clapper is apparently touting these as the cream of the crop, the popular videos on its platform that it hopes will draw more users in.

Commenters on the video shared to TikTok were seriously shook by what they had to sit through, and by the type of person Clapper is clearly looking to attract.

“It’s the ‘only because a few thousand people stormed the capital’ for me,” wrote @trazodone_bone.

“Man in the neon shirt was literally holding up the yt power hand sign,” @st0nershawty said.

Others suggested signing up for the site simply to troll the extremists clearly trying to gain a following on Clapper, while others thought they might be able to make some money over there with the bar so low.

But most were just in disbelief that all of this exists.

“Nothing will convince me that this isn’t some elaborate SNL skit,” @cassandragya admitted, and it’s very difficult to disagree.