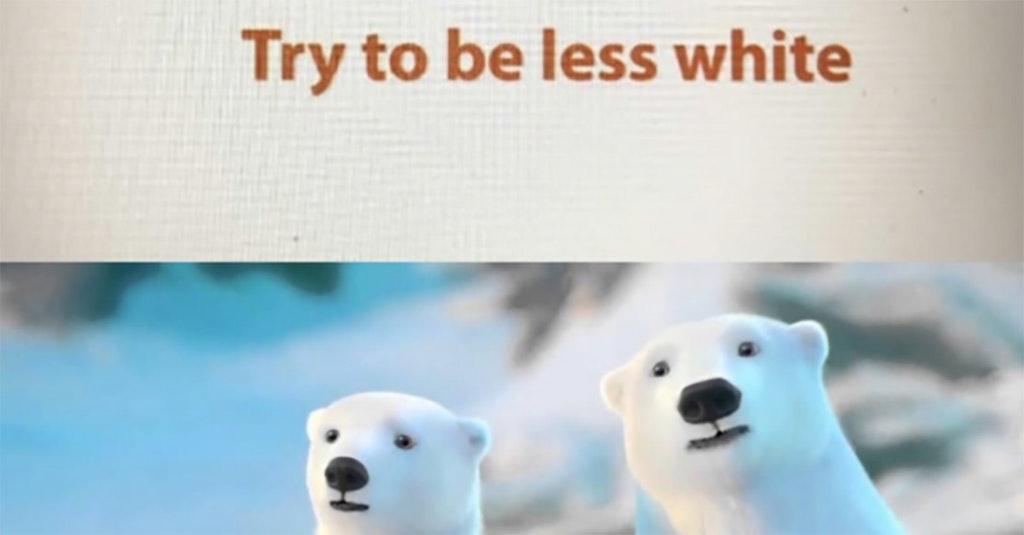 
The Coca-Cola company is facing some conservative backlash, including the hashtag #CocaColaHatesWhitePeople, following reports of diversity training materials allegedly encouraging white people to “try to be less white.”

The controversy started on Friday via Twitter, where Karlyn Borysenko, who Newsweek described as “an activist who supports banning critical race theory,” shared screenshots allegedly provided by an “internal whistleblower.”

Borysenko shared them with siren emojis and the note, “BREAKING: Coca-Cola is forcing employees to complete online training telling them to “try to be less white.”

She then shared a video where she walks through the images, and called attention to the LinkedIn-hosted course they came from, “Confronting Racism with Robin DiAngelo,” though the course has been taken down. (Or, in LinkedIn parlance, “retired,” with the boilerplate language, “We sometimes need to retire or refresh courses” accompanying the notice.

According to Newsweek‘s account, “The slides included tips to learners on how to be ‘less white, less arrogant, less certain, less defensive, less ignorant and more humble.'”

“In the U.S. and other Western nations, white people are socialized to feel that they are inherently superior because they are white,” one of the slides asserted. “Research shows that by age 3 to 4, children understand that it is better to be white.”

As Newsweek found, a Coca-Cola spokesperson did admit to using the video, noting it was “part of a learning plan to help build an inclusive workplace,” qualifying it by saying “the video circulating on social media is from a publicly available LinkedIn Learning series and is not a focus of our company’s curriculum.”

The news set off the hashtag, and one angry person responded by tweeting, “#CocaColaHatesWhitePeople so it’s now our new toilet cleaner,” adding that it’s a “Coke-free house,” and showing a video of a bottle being poured into a toilet (it has since been deleted.)

(Though, this being Twitter, @TheOnlyJDN got snide comments about the state of his bathroom, including one person who observed, “Had no idea those toilet rugs were still a thing.”

Amidst the decidedly unwoke tweets housed under the hashtag—including some truly deplorable blackface tweets—was a “You’ll be back”-styled prediction from Jesse Hawken.

Hawken wrote, “I am highly amused by the people responding to the #CocaColaHatesWhitePeople hashtag by saying “I’ve been drinking Coke for 40 years but that ends today” – my good bitch, you aren’t quitting drinking Coke, you’ll be back on that sugar water within a week.”