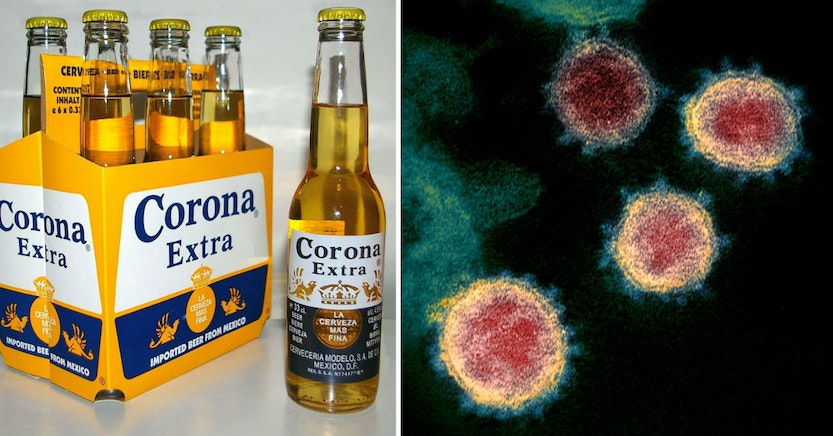 The coronavirus has an unfortunate name if you’re trying to sell a certain popular beer. The Corona beer company may be suffering from reduced sales as news of the virus’s spread continues to dominate headlines around the world. One survey conducted by 5W Public Relations found that 38 percent of beer drinkers asked said they would not buy Corona beer amid the growing epidemic.

Corona beer is made in Mexico and has absolutely nothing to do with any viruses, obviously, yet the results from the survey make it clear that not everyone is sure about that. Not only did 38 percent of respondents say they wouldn’t drink it “under any circumstances” (although that may be because they simply don’t like the beer), 14 percent of Corona fans said they wouldn’t order it in public and 16 percent of surveyed persons “were confused about whether Corona beer is related to the coronavirus.”

Seeing as Corona is one of the top-selling beers worldwide, it seems unlikely that any of those called hadn’t heard of it, either.

“There is no question that Corona beer is suffering because of the coronavirus. Could one imagine walking into a bar and saying ‘Hey, can I have a Corona?’ or ‘Pass me A Corona,'” said 5WPR CEO Ronn Torossian. “While the brand has claimed that consumers understand there’s no linkage between the virus and the beer company, this is a disaster for the Corona brand. After all, what brand wants to be linked to a virus which is killing people worldwide?”

I'm still waiting to hear back from 5W and see the actual results, but right now the general gist of the data seems like: Corona has gotten a bunch of unfortunate press/buzz off the name similarity, quite possibly some effect on consumer behavior, probably not that gigantic.

The so-called “purchase intent” for Corona beer among adults in the U.S. “has plunged to the lowest in two years, according to data from YouGov Plc.”$STZ https://t.co/nolF86pF70

The loss in sales may be partially mitigated by all the bad-taste jokes about the beer’s name, such as a recent coronavirus-themed party thrown off the campus of the University at Albany. Video showing a bucket of Corona beers next to an individual in a surgical mask has already been taken down from Instagram.

In spite of the survey, Corona representative Maggie Bowman insists that sales of the beer have remained steady.

They re-branded to Measles beer and now 38% of Americans don’t mind if their kids have have it. https://t.co/KDIyDG9Q1Z

“There’s a lot of misinformation being shared across the media that doesn’t match consumer behavior,” she said according to the New York Post. “By and large, our consumers understand there’s no linkage between the virus and our beer business.”