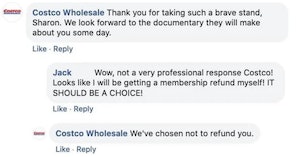 As certain individuals continue to announce to warehouse superstore Costco that they won’t shop there unless they’re allowed to risk spreading the coronavirus by trudging about without a mask, others are taking full advantage of the joke potential. One person on Facebook took part in what has become an amusing tradition on the platform of impersonating official customer service accounts in order to troll the anti-mask boycotters. 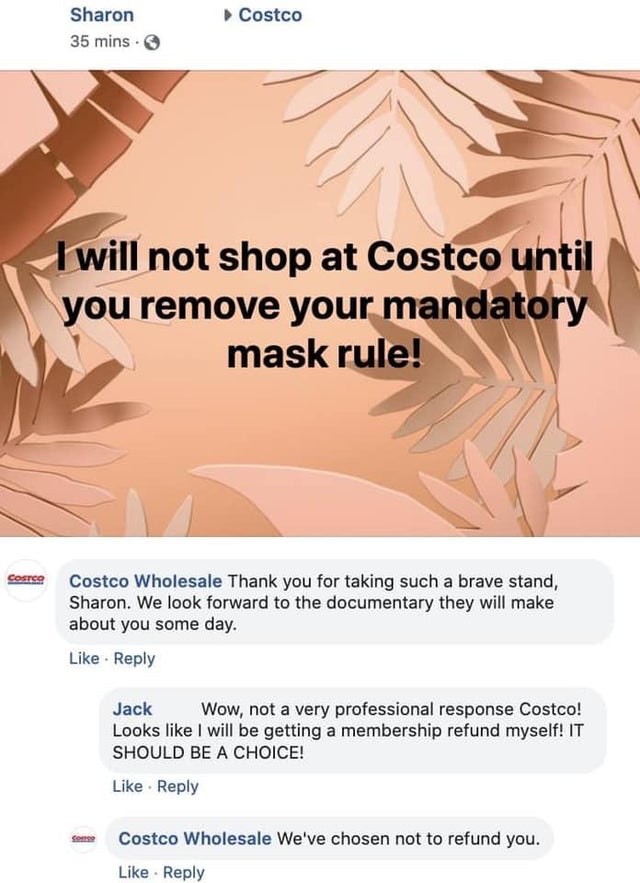 After Sharon posted to the Costco Facebook page that she “will not shop at Costco until you remove your mandatory mask rule,” an individual posing as “Costco Wholesale” stepped up to make a highly sarcastic comment.

“Thank you for taking such a brave stand, Sharon,” they wrote. “We look forward to the documentary they will make about you some day.”

This person clearly fooled at least one man, who opined that the fake Costco account was not being very professional.

“Wow, not a very professional response Costco!” said Jack. “Looks like I will be getting a membership refund myself! IT SHOULD BE A CHOICE!”

That’s when the best burn was laid down.

“We’ve chosen not to refund you.”

The exchange ended up on the Reddit forum “What Could Possibly Go Wrong?” where users pondered the narcissism of these people thinking they could actually make a dent in Costco’s profits. 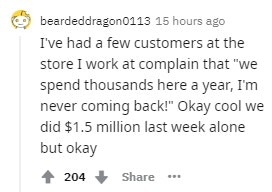 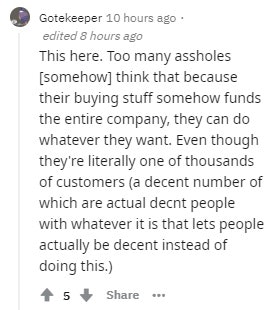