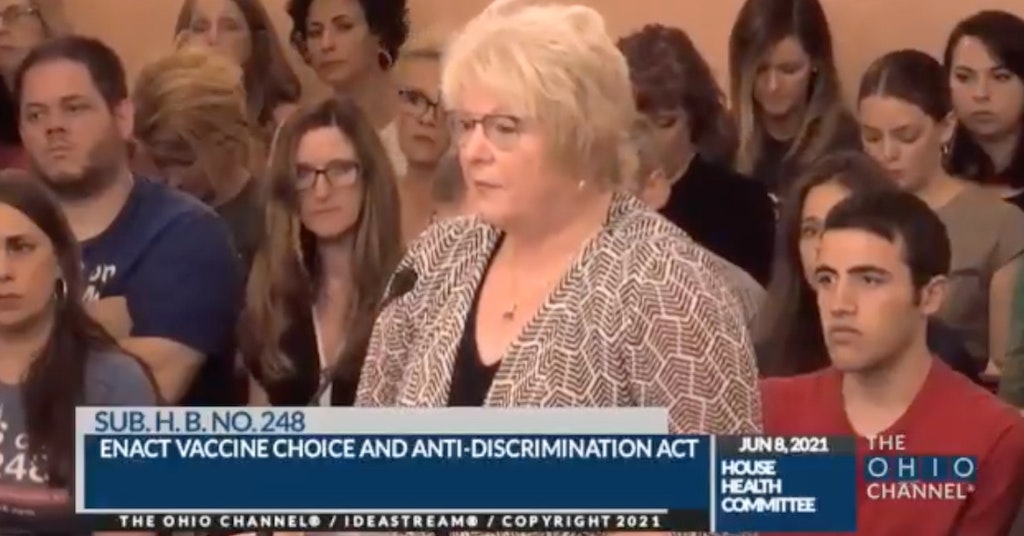 As the Ohio legislature considers a bill that would prohibit mandatory vaccines, video of one of its proponents providing “expert” testimony with some pretty incredible claims is going viral.

Dr. Sherri Tenpenny, an anti-vaxx activist known for spreading misinformation, told lawmakers on Tuesday that the COVID vaccine has been making people magnetic.

“I’m sure you’ve seen the pictures all over the Internet of people who’ve had these shots and now they’re magnetized,” she said. “They can put a key on their forehead—it sticks. They can put spoons and forks all over them and they can stick, because now we think that there’s a metal piece to that.”

Of course, this is all completely false.

Reuters previously did an in-depth dive disproving these claims, which circulated on the internet shortly after the vaccine first began rollout. Other experts have subsequently weighed in, with several pointing out that videos and photos of metal objects sticking to one’s skin are easy to fake, and that the amount of metal needed to actually cause magnetization is more than could fit in a little vaccine.

But Tenpenny continues to push the conspiracy theory all the same, along with equally false claims that vaccines “interface” with 5G towers and that 5000 people in the United States have died from the COVID vaccine already.

And plenty were happy to simply troll in response.

Some vaccinated folks even tried sticking metal to their bodies themselves.

Even though we all know these claims are total nonsense, Tenpenny told The Washington Post she stood by everything she said.