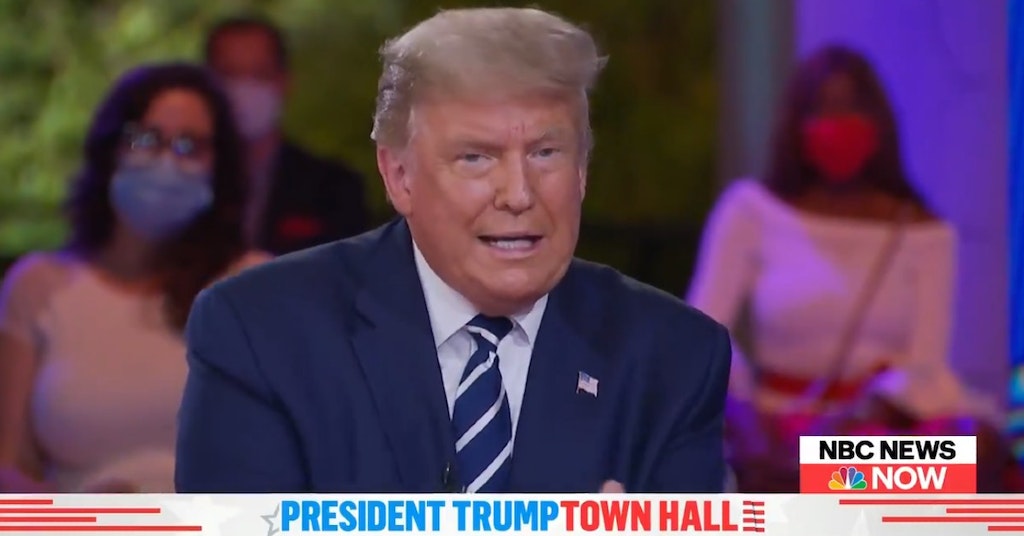 
As was expected by just about everyone, last night’s dueling town halls in lieu of a second debate caused an outbreak of whiplash cases as people flipped back and forth between Donald Trump and Joe Biden. While the worst criticism the right could come up with about Biden was comparing him to the universally beloved Mr. Rogers, Trump was busy deflecting about his retweets of wild conspiracy theories.

Many on the political left were calling for boycotts of NBC after the network agreed to do a town hall with Trump, but they've changed their tune after watching Savannah Guthrie put Trump through the wringer. One of the best moments was when she pushed back on the idea that the president of the United States could just tweet out anything he felt like.

“That was a retweet, I’ll put it out there," Trump said about a conspiracy theory tweet he shared. "People can decide for themselves.”

“I don’t get that," said Guthrie. "You’re the president. You’re not, like, someone’s crazy uncle who can just retweet whatever.”

Whether Guthrie knew it or not, she was creating some grade A internet fodder, and now Trump may never shake the "crazy uncle" designation. It doesn't help that the very next day, Trump retweeted an article from a satire website as though it was real.

People have officially flooded Twitter with crazy uncle jokes, starting with the woman with the crazy uncle herself, Mary Trump.