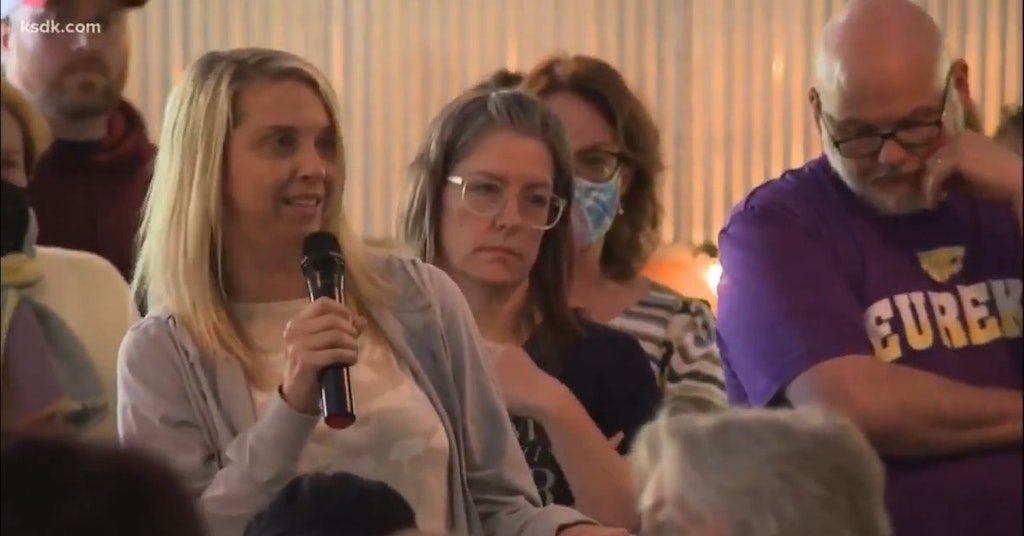 Footage from a community meeting in Eureka, California over some local high school curriculum is raising eyebrows, particularly the clip of the white woman claiming that “just because I do not want critical race theory taught to my children in school, does not mean that I’m a racist, damnit!” The tone of her voice really doesn’t help make her case here.

Critical race theory is defined by the Encyclopedia of Race, Ethnicity, and Society as “an academic movement of civil-rights scholars and activists in the United States who seek to critically examine the law as it intersects with issues of race and to challenge mainstream liberal approaches to racial justice.” It’s also what white people with crocodile tears think means any time the topic of racism or racial privilege is brought up in any context, especially around education.

High schools generally do not teach actual critical race theory but might teach kids about it or use some similar language when approaching discussions of racism in U.S. history and society.

Like many educators across the U.S., staff at Eureka High School has apparently been attempting to address this issue as police killings of BIPOC continue on a regular basis in the country, which is something that high school kids tend to notice. When some parents started to complain, the school allegedly sent out a memo suggesting that teachers hide the elements of their lesson plan that make racists uncomfortable.

“This doesn’t mean throw out the lesson and find a new one. Just pull the resource off Canvas [online learning platform] so parents can’t see it,” the memo read according to local news.

The tensions between parents who would rather pretend racism isn’t a problem and teachers who would rather not has reportedly gotten bad enough that the school has hired extra security in response to death threats received by faculty.

This culminated in what the community forum now being seen in videos across social media, in which white parents claimed that race should only be talked about in college, even calling critical race theory “child abuse,” while denying the experiences of people of color who came to speak in support of the school’s curriculum. At one point, an Asian American woman began speaking about her own experiences with racism just feet away from a white woman who shook her head as she spoke.

At another moment, school faculty member Kelly O’Brien cited a survey of their Black students showing that many of them did not feel comfortable inside the school walls due to racism and was booed for revealing this. A mom who cited this same survey was shouted down after calling the meeting an “echo chamber of white people.”

It’s unclear whether much of anything was resolved by the meeting, but it definitely gave Twitter users an opportunity for some dunks.