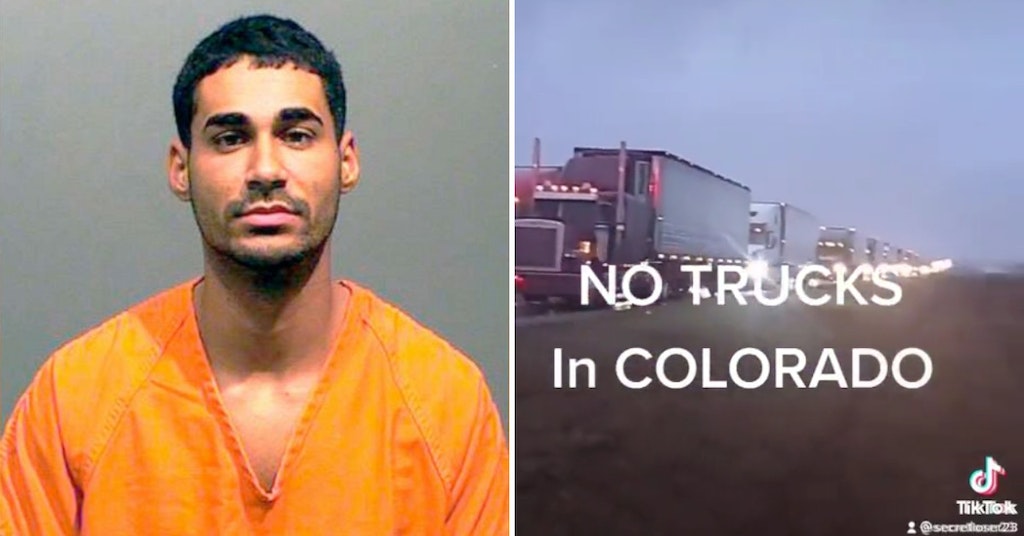 Following massive public backlash against what seems to be a draconian prison sentence for a truck driver who lost control of his vehicle after the brakes failed, the Colorado First Judicial District Attorney’s Office is officially reconsidering the results of the trial against him. Rogel Aguilera-Mederos got 110 years after being found guilty of 27 charges, but many say that the brake failure was not his fault and putting him away for life at age 25 for an accident is cruel and unusual punishment.

Prosecutors argued that Aguilera-Mederos was driving significantly over the speed limit, which the defense disputed, and that he should have driven onto a truck ramp after his brakes failed, claiming that he was aware of the failure but kept going down the highway. There, he encountered a backup due to another accident ahead and crashed into waiting vehicles, resulting in a pile up that killed four and injured seven others.

While negligence that results in human death does routinely carry serious charges, many were shocked to find that this Latino man got such a ridiculously long sentence so soon after Kyle Rittenhouse was acquitted. Even the judge in this case lamented the 110-year sentence, saying that if it had been up to him, he would have done differently.

“I will state that if I had the discretion, it would not be my sentence,” Judge A. Bruce Jones said during the sentencing hearing.

Unfortunately, even though prosecution pursued only the minimum punishment for each charge, Colorado law makes it so each prison sentence must be served consecutively and mandatory minimums prevented them from seeking less than 10 years for six charges of felony assault.

After news about the case spread online, Aguilera-Mederos received a massive outpouring of support and millions demanded that something be done to reduce his sentence to something reasonable. One Change.org petition received over 4.5 million signatures in a short period of time while legal experts spoke out against the absurdly long sentence and truck drivers launched a campaign to boycott the entire state of Colorado.

Following this, the Colorado DA has officially “filed a motion to start the reconsideration process” and hopes to hold a new hearing on the case.

“As Colorado law required the imposition of the sentence in this case, the law also permits the Court to reconsider its sentence in an exceptional case involving unusual and extenuating circumstances,” the motion reads.

Aguilera-Mederos’ defense has further argued that the number of charges leveled against the young man in the first place — 42 in total — was draconian and an attempt to coerce the truck driver into a plea deal, which he refused. He and his supporters say its the company that employed him that should be held liable for the death and destruction caused by the accident, citing poor truck maintenance and rushed training.

Legal experts and racial justice advocates have further noted that Aguilera-Mederos is a Cuban immigrant and there is a mountain of documented evidence showing how people of color face harsher sentences for the same crimes committed by white people time and time again.

“I want to say sorry. Sorry for the loss, for the people injured. I know they have trauma, I know, I feel that,” said the defendant on the witness stand. “But please, don’t be angry with me … I was working hard for a better future for my family. I have never thought about hurting anybody in my entire life.”