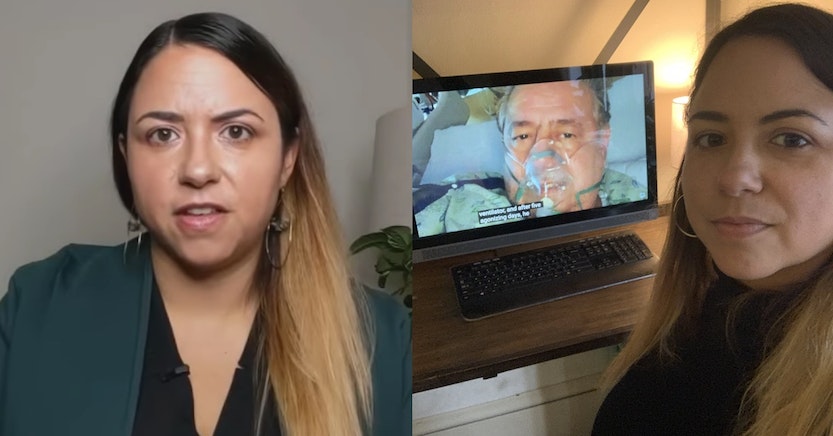 Monday’s Democratic National Convention saw a number of distinguished speakers and familiar faces. It also featured a message from a woman whose father died from COVID-19, and who says Donald Trump is to blame.

Kristen Urquiza’s father, Mark, came down with the novel coronavirus after going to a karaoke bar with his friends, not long after stay-at-home orders were lifted in May.

“A few weeks later, he was put on a ventilator,” Kristen said. “And after five agonizing days, he died alone in the ICU with a nurse holding his hand.”

Mark voted for Trump in 2016 and continued to trust both him and his administration while they were downplaying the seriousness of COVID-19. He believed them when they said it was safe to go out, and when they said the virus was likely to only be deadly for people with pre-existing conditions.

“My dad was a health 65-year-old. His only pre-existing condition was trusting Donald Trump, and for that, he paid with his life,” his daughter said.

Since her father’s death, Kristen has been outspoken against the government’s poor handling of the pandemic, starting with the scathing obituary she penned and that ultimately went viral.

In it, she slammed “the carelessness of the politicians who continue to jeopardize the health of brown bodies through a clear lack of leadership, and [their] refusal to acknowledge the severity of this crisis.”

Trump has faced relentless criticism for his mishandling of the coronavirus crisis, from repeatedly downplaying its severity to holding rallies that don’t require masks or social distancing to refusing to put forth any sort of meaningful plan for getting our country back on track other than just reopening and hoping for the best. Not to mention how often the president has seemed flippant about the 170,000 deaths the United States has seen from COVID-19 so far.